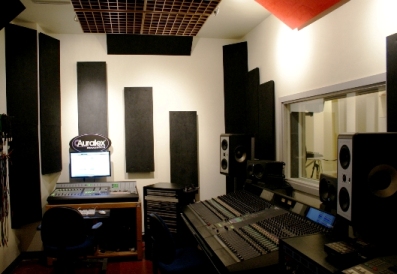 Auralex Acoustics recently aided the Women’s Audio Mission (WAM), which works to increase opportunities for women in the audio engineering industry, by improving the sound quality of WAM’s new recording studio with the addition of its state-of-the-art acoustical treatments. Auralex’s SonoSuede Panels, pArtScience SCREEN6 SpaceCouplers and its SonoFiber were installed in the control room to balance the audio quality of the space.

An international, nonprofit women-run organization based in San Francisco, CA, WAM is dedicated to the advancement of female audio engineers. Through its newly constructed studio, WAM hosts online training sessions in a video on-demand format on the organization’s Web site. Through its online workshops, WAM introduces, supports, and expands on its traditional recording arts course of study.

To provide the best possible sound quality for its audio requirements, WAM mounted Auralex’s SonoSuede panels on the walls of the control room, installed its SCREEN6 SpaceCouplers in a cloud formation on the ceiling above the console, and its SonoFiber in between the ‘cloud’ and the ceiling. WAM also incorporated StudioFoam as part of its drum riser.

“The SCREEN6 cloud instantly provided an improvement to the sound of the space” says Terri Winston, president of Women’s Audio Mission. “Auralex was extremely helpful in recommending products that would fit best, especially in terms of the concrete floor echoes we were experiencing. They were a pleasure to work with and their products are great.”

“WAM continues to make an impact for female audio engineers through its educational workshops,” says Dave Paxton, director of operations at Auralex Acoustics. “WAM is now able to provide real-world experience through its newly created studio; Auralex is happy be a part of this venture.”

The studio has also hosted several live events, including a recent session with a local band from San Diego and a traditional Mongolian folk music group. It has also completed voiceover work for a feature film that is expected out this fall.

Women’s Audio Mission is a San Francisco based, non-profit organization dedicated to the advancement of women in music production and the recording arts. In a field where women are chronically under-represented (less than 5%), WAM seeks to “change the face of sound” by providing hands-on training, experience, career counseling and job placement to women and girls in media technology for music, radio, film, television and the internet. WAM believes that women’s mastery of music technology and inclusion in the production process will expand the vision and voice of media and popular culture.

Auralex Acoustics has become the industry leader in innovative sound control solutions and continues to enjoy rapid growth through an international network of authorized dealers.