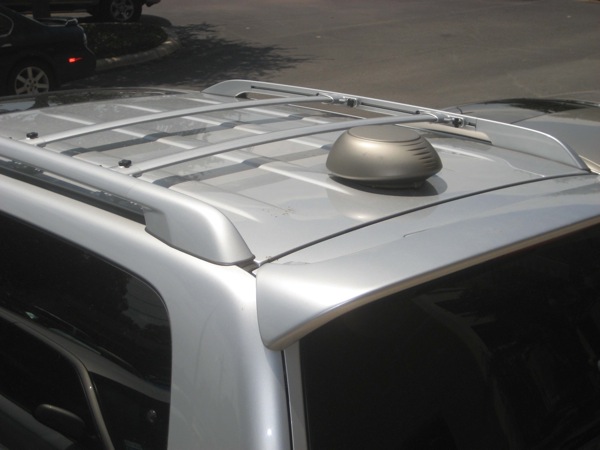 AT&T Inc. (NYSE: ATT) and RaySat Broadcasting Corp. debuted to the consumer marketplace AT&T CruiseCastSM, the Total In-Car Entertainment service that will enable families, commuters, and mobile professionals to watch a lineup of 22 satellite video channels anywhere in the country. Demonstrated at CES, the world’s premier consumer electronics tradeshow, AT&T CruiseCast utilizes a compact, low-profile antenna for use on cars, trucks and SUVs, and a breakthrough technology that overcomes line-of-sight obstacles such as overpasses, buildings, trees or tunnels.

AT&T CruiseCast will have a robust 22 channel line-up that will include a variety of kids and family, documentary, music, comedy, news, and sports programming. AT&T CruiseCast will deliver TV programming that family members of all ages enjoy at home, which will include Disney Channel, Disney XD, Discovery Kids, Animal Planet, Nickelodeon, Cartoon Network Mobile, USA, COMEDY CENTRAL, MSNBC, CNN Mobile Live and CNBC. Twenty satellite radio music channels will also be available at the launch in Spring 2009. The service has the ability to add channels to meet market demands.

The groundbreaking service was developed in collaboration between RaySat™, Inc., a leading manufacturer and supplier for the mass market for cost-effective, low-profile satellite antennas that enable communication on the move, and AT&T, the world’s premier telecommunications company. RaySat Broadcasting Corporation, a privately held U.S. company, is working with AT&T Business Development to introduce the new product to the marketplace.

“AT&T CruiseCast is a significant advancement from what is in the market today–both in terms of technology and channel offerings,” said Winston Guillory, President of RaySat Broadcasting Corp. “People today want high quality entertainment wherever they go. AT&T CruiseCast extends the living room-style entertainment experience into their vehicles. We are making quality total in-car entertainment a reality for the consumer.”

AT&T CruiseCast is made consumer-friendly by the unique scaling down of satellite technology into the small pod-like antenna that affixes to the roof of vehicles. The antenna is paired with a receiver that is mounted in the vehicle and provides all video and audio connections to the appropriate vehicle systems, such as Rear Seat Entertainment, Vehicle Audio System, etc.

“AT&T is a leader with innovations that enable people to do more and get more from technology,” said Sean O’Leary, vice president of Business Development for AT&T. “We will deliver an unprecedented capability for people to enjoy live television in their vehicles. AT&T CruiseCast furthers AT&T’s mission to enable people to access the content and applications they want and need, whenever and wherever they may be.”

Yoel Gat will serve as Chairman and CEO of RaySat Broadcasting Corp. “Due to our smaller antenna and expansive programming we believe consumers will flock to bringing living room entertainment into the back seat of their car,” said Gat. “AT&T CruiseCast is the first service that uses video-buffering technology to minimize loss of programming when a vehicle loses line of sight with the satellite while driving alongside a tall building or under a tunnel.”

AT&T CruiseCast Service will be sold through auto dealerships and other automotive product vendors where buyers can have the compact antennas and receivers installed to link into rear-seat entertainment systems. The antenna will be secured to a roof-rack on sedans, SUVs and mini-vans and via a magnetic mount on all other vehicles.

For more information, go to www.cruisecast.com.