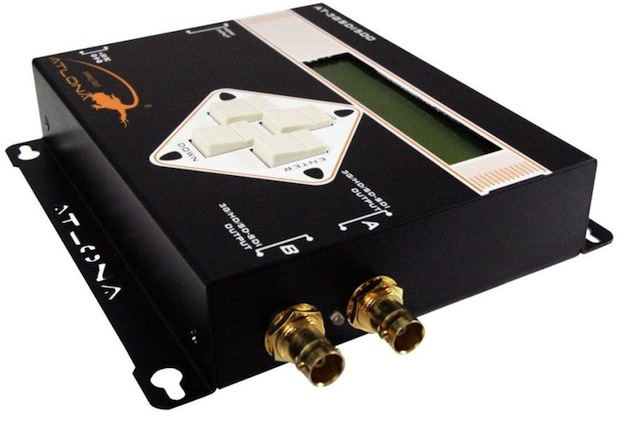 Atlona Technologies announced their newest signal generator designed to test Audio Video systems using SD-SDI, HDSDI, or 3GSDI formats. The AT-3GSDI500 is an advanced SDI pattern generator from their previous AT-HDSDI500, now with multi-format (3G/HD/SD) and multi-pattern support. Atlona has spared no expense with the AT-3GSDI500 signal generator; packed with a variety of features provided such as still and motion video test patterns, and audio (SMPTE-291M), to name a few. These Signal Pattern Generators allow broadcast professionals the affordable solution to test existing 3G/HD/SD-SDI infrastructures as well as compatibility when adding components, cameras, and cabling.

The 3GSDI500 supports a wide variety of output resolutions ranging from 525 at 60 Hz for SD-SDI to 1080P at 60 Hz for 3G-SDI with 14 other options in between. This unit is capable SD- 270Mbps for SDI, 1.485Gbps and 1.4835Gbps HD-SDI, and 2.97Gbps or 2.967Gbps for 3G-SDI. Users will find the unit easy to operate due to its simple to navigate LCM and a four button panel. The AT-3GSDI500 can support up to 8 channel AES compliant audio with a 48KHz sample rate. Another attractive feature is the ability to bypass the HDMI input and allowing users more testing patterns for connected displays. This will also treat the AT- 3GSDI500 as an advanced HDMI to SDI converter with 3G capability. The unit also features dual 3G capable SDI outputs allowing the simultaneous testing of multiple signal pathways. The 3G/HD/SD-SDI Pattern Gen- erator provides the most cost-effective way for installers and integrators in the broadcast industry to calibrate and test all SDI enabled video devices and displays. 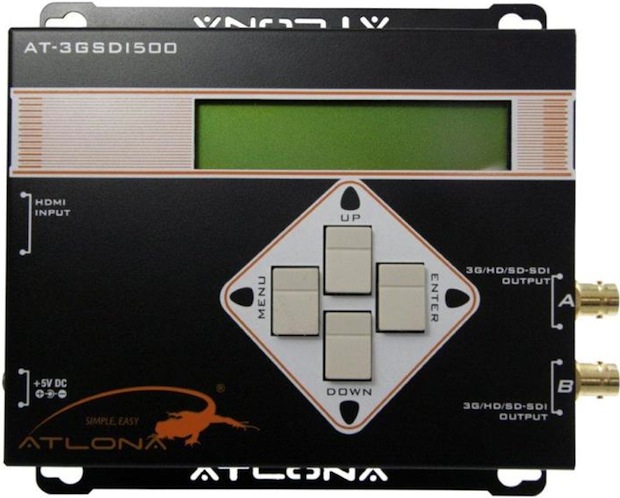 (January 12, 2021) Enjoy the Music.com and ecoustics are thrilled to announce our new content sharing partnership, expanding the reach of both online publications to a wider...