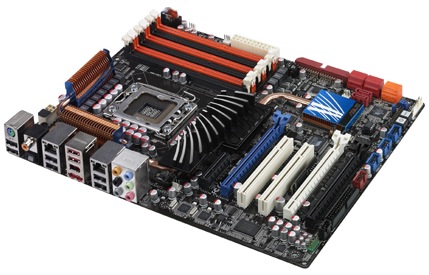 ASUS today announced that it is ready to support the upcoming 32nm processor based on the LGA1366 socket and the Intel X58 chipset. This next-generation 32nm infrastructure, supporting six multi-cores, will deliver maximum performance to ASUS X58-based motherboards via a comprehensive BIOS upgrade. Chie-Wei Lin, General Manager of ASUS Motherboard Business said, “This new processor architecture accommodates up to six cores and significantly improves CPU performance. By enabling the architecture in our award-winning X58-based motherboards, we can deliver one of the fastest personal computing platforms in history and we are very excited about it.”