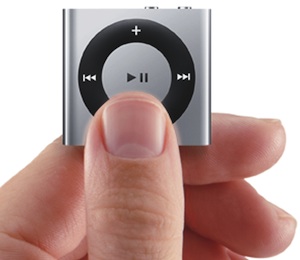 Apple today announced the new redesigned iPod shuffle (4th generation) which features both clickable “ring” buttons and Apple’s innovative VoiceOver technology, enabling users to easily navigate their music and playlists without ever looking at their iPod shuffle. The new wearable iPod shuffle has an all-aluminum enclosure with a built-in clip and comes in five brilliant colors–silver, blue, green, orange and pink. With nearly 50 percent more battery life, the new iPod shuffle features over 15 hours of music playback on a single battery charge* and offers 2GB of storage for just $49.

iPod shuffle is based on Apple’s incredibly popular shuffle feature, which randomly selects songs from a user’s music library. The clickable buttons make the new iPod shuffle even easier to use. Press the center button to play and pause, press the outer buttons to skip forward and back or adjust the volume up and down. 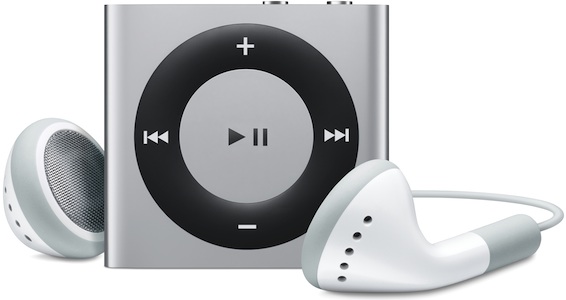 The new VoiceOver button on top of iPod shuffle allows users to hear the name of the currently playing song and to switch between songs, playlists or Genius Mixes. VoiceOver speaks 25 different languages and even alerts users when their battery needs charging. 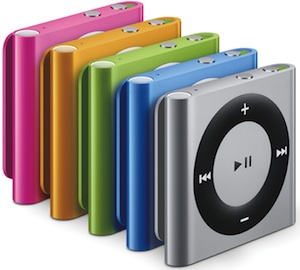 The new iPod shuffle now supports Genius Mixes, the popular iTunes feature that automatically creates mixes from songs in a user’s music library that go great together. Genius Mixes provide the perfect way to rediscover music users already have, but may not have listened to recently.

Pricing & Availability
The fourth generation iPod shuffle will be available next week for a suggested price of $49 (US) for a 2GB model in silver, blue, green, orange and pink through the Apple Stores.