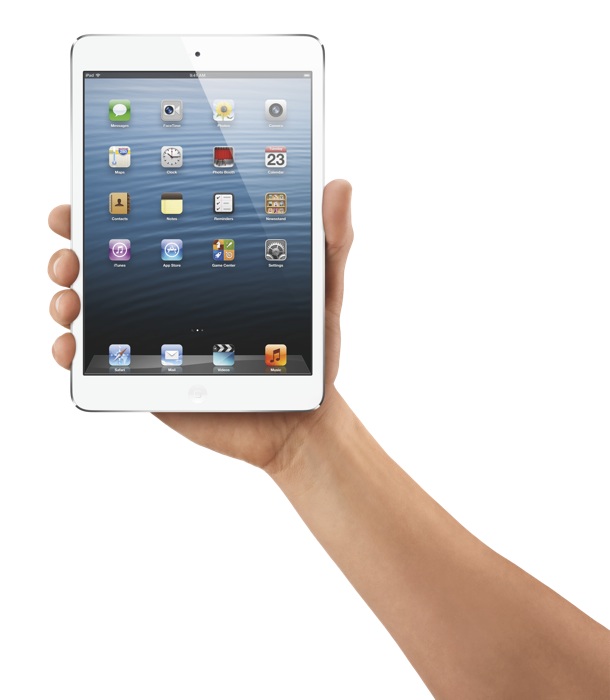 18% smaller and cheaper version of the iPad 2, which has the same A5 chip, resolution, and battery life along with improved wireless connectivity options.

On October 23, 2012 Apple announced iPad mini, a completely new iPad design that is 23 percent thinner and 53 percent lighter than the third generation iPad. The new iPad mini features a 7.9-inch Multi-Touch display, FaceTime HD and iSight cameras, ultrafast wireless performance and an incredible 10 hours of battery life―every inch an iPad, yet in a revolutionary design you can hold in one hand.

iPad mini comes in a beautiful new aluminum and glass design that is just 7.2 mm thin and weighs only 0.68 pounds. The 7.9-inch Multi-Touch display delivers the same iPad experience users have come to expect, in a design that has 35 percent more screen real estate than 7-inch tablets and up to an astonishing 67 percent more usable viewing area when browsing the web. The dual-core A5 chip delivers responsive graphics and a fast, fluid Multi-Touch experience, while still providing all-day battery life. 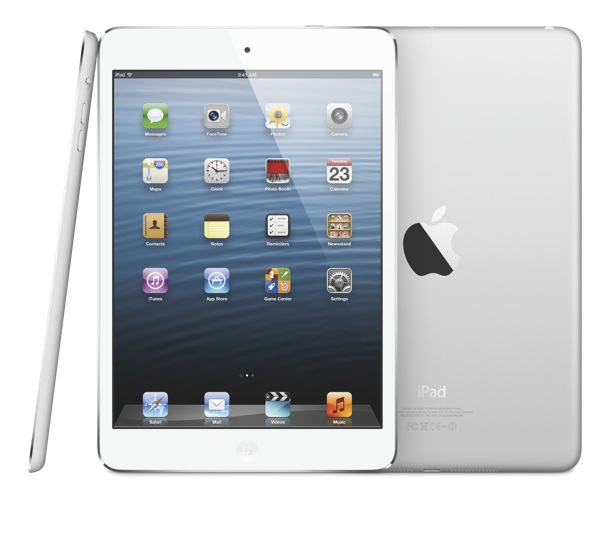 iPad mini features dual-band 802.11n Wi-Fi support for speeds up to 150 Mbps, which is twice the Wi-Fi performance compared to previous iPad models. iPad mini is available in Wi-Fi + Cellular models which are world-ready with built-in support for ultrafast wireless standards, including LTE and DC-HSDPA, so you can browse, download and stream content fast from wherever you are. iPad mini data plans will be available with no contract so you can simply sign up and activate service directly from your iPad. The Personal Hotspot feature means you can share a fast cellular data connection via Wi-Fi, Bluetooth or USB with up to five other devices such as MacBook Pro, iPod touch or another iPad.

iPad mini has 1024×768 display, which is the same as iPad 2, but is not a retina display by Apple’s own standard. Since the pixels are closer together in a smaller screen, text and images should look slightly better than iPad 2. Although by keeping the resolution consistent, apps designed for iPad fit the screen perfectly and should run fine.

Pricing & Availability
The Wi-Fi version was first available November 2, 2012. The Wi-Fi + Cellular version should now be appearing in Verizon, Sprint and AT&T stores in the U.S., but online orders are delayed another one to two weeks.

Apple iPad Mini 5 -- The best (and only) small tablet

WIRED UK2 years ago
You Are Here