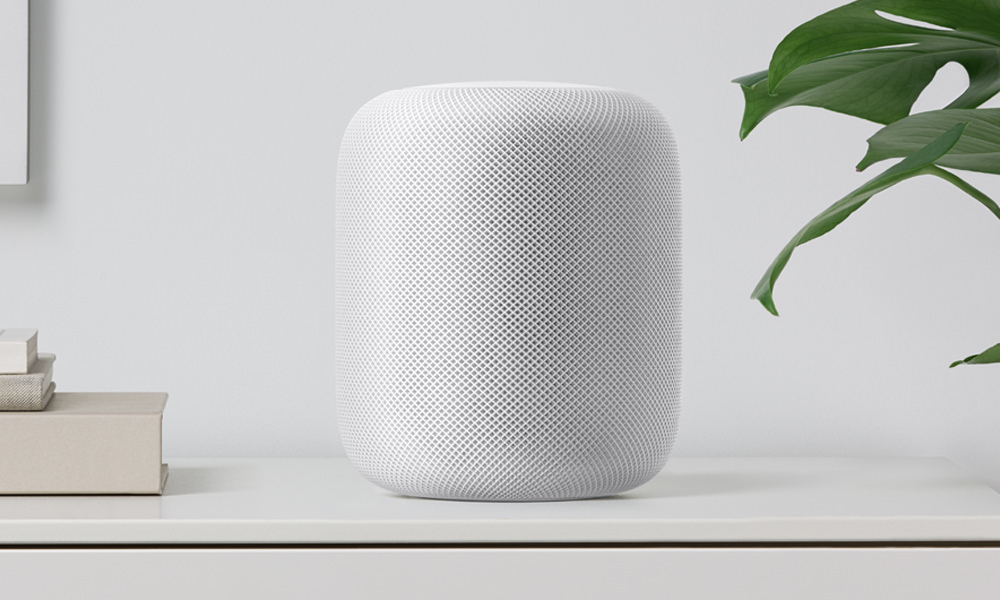 Apple just announced their first challenger to compete against Amazon Echo and Google Home voice-command driven smart wireless speakers, while simultaneously taking on Sonos whole-home audio solution. But it won’t available until December 2017.  Apple is calling it HomePod and it will cost $350. It aims to initially beat the competition on audio fidelity. Even though its only 7 inches tall, HomePod features an Apple-designed 4-inch woofer for deep bass and a custom array of seven beam-forming tweeters that provide pure high frequency acoustics with incredible directional control.

HomePod uses spatial awareness to sense its location in a room and automatically adjust the audio to sound best in any room (that’s a Sonos feature too called TruePlay). Designed to work with an Apple Music subscription for access to over 40 million songs, HomePod provides deep knowledge of personal music preferences and tastes and helps users discover new music.

HomePod is a wireless speaker you can talk to by saying, “Hey Siri.” Six microphones are built-in to pickup your voice from across the room, even while loud music is playing. By saying, “Hey Siri, I like this song,” HomePod and Apple Music become the perfect musicologist, learning preferences from hundreds of genres and moods, across tens of thousands of playlists, and these music tastes are shared across devices. Siri can also handle advanced searches within the music library, so users can ask questions like “Hey Siri, who’s the drummer in this?” or create a shared Up Next queue with everyone in the home. HomePod, Apple Music and Siri deliver the best music experience in the home that streams ad-free directly to HomePod.

As a home assistant, HomePod is a great way to send messages, get updates on news, sports and weather, or control smart home devices by simply asking Siri to turn on the lights, close the shades or activate a scene. When away from home, HomePod is the perfect home hub, providing remote access and home automations through the Home app on iPhone or iPad.

“Apple reinvented portable music with iPod and now HomePod will reinvent how we enjoy music wirelessly throughout our homes,” said Philip Schiller, Apple’s senior vice president of Worldwide Marketing. “HomePod packs powerful speaker technology, Siri intelligence and wireless access to the entire Apple Music library into a beautiful speaker that is less than 7 inches tall, can rock most any room with distortion free music and be a helpful assistant around your home.”

Watch the HomePod introduction during the WWDC17 Apple Keynote. Jump to the last 17 minutes of the video (-16:40) here: https://www.apple.com/apple-events/june-2017/

Apple also states security and privacy are vital. With HomePod, only after “Hey Siri” is recognized locally on the device will any information be sent to Apple servers, encrypted and sent using an anonymous Siri identifier.

HomePod will be available for $349 (US) in white and space gray starting in December 2017 initially in Australia, the UK and the US. HomePod is compatible with iPhone 5s and later, running iOS 11. Learn more at https://www.apple.com/homepod/.