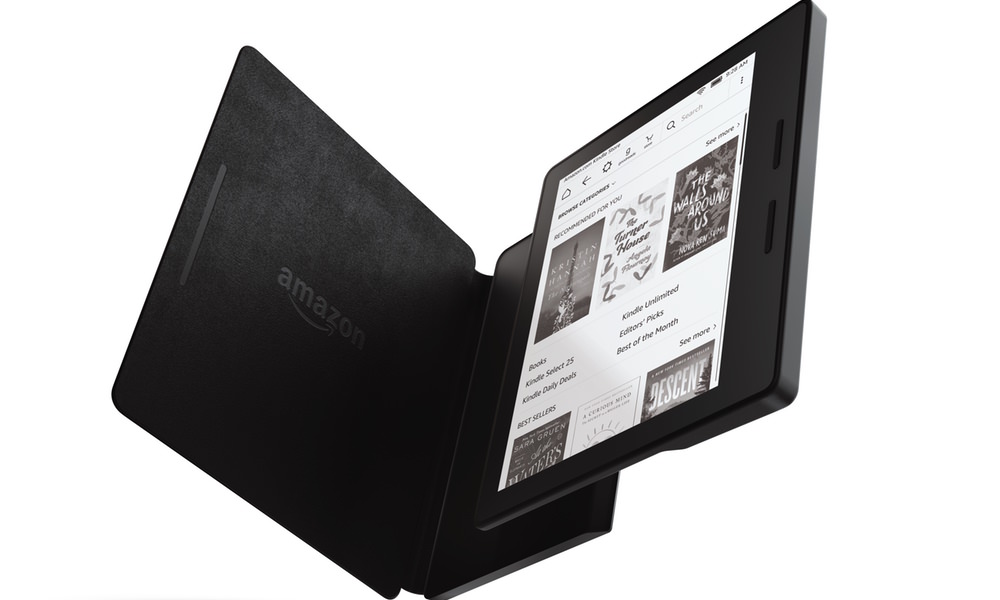 Amazon today announced their flagship 8th generation Kindle e-book reader called Oasis that is faster, lighter and thinner — but was size and speed a problem for prior Kindles? The black-and-white eReader maintains the same 6-inch screen size and 300 dpi resolution as their previous top model (Voyage), but adds $90 to the price, making it a pricey $289.99.

The new Kindle Oasis comes with an included charging cover, which not only helps it read like a book, but adds a stealth battery inside to enable 8 weeks of battery life (2 weeks longer than before). You can charge the device and cover simultaneously while both are snapped together and plugged in. Plus, a new hibernation mode minimizes power consumption when your Kindle is inactive. 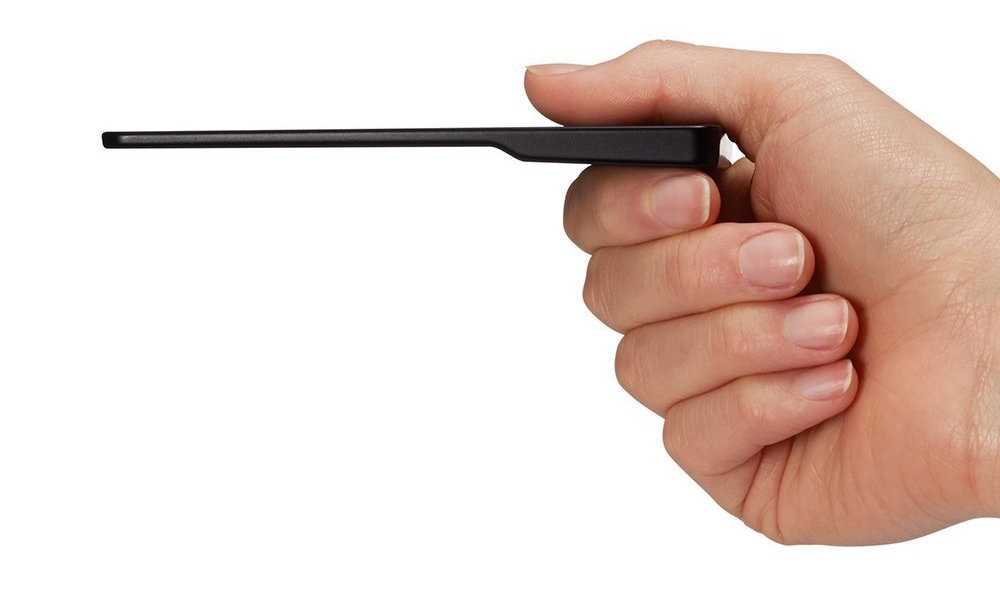 The cover is made of high-quality leather and is available in black, merlot, or walnut. It opens like a book and fits closely around the bezel, waking Kindle Oasis when opened and putting it to sleep when closed. Twelve magnets form a secure and solid attachment between the device and cover, while ensuring it is easy to detach when you choose to read without the cover.

Oasis is comfortable to read on with either hand — a built-in accelerometer detects whether you are reading with your left or right hand, and automatically rotates the page and page turn buttons to match. 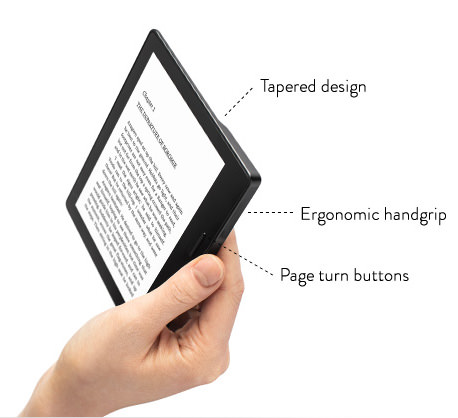 Pricing of the $290 Kindle Oasis is most peculiar, because it follows of string of lower cost Kindle e-readers from from $69 to $199.  Also, it is out classed in capabilities by a lot of cheap Android tablets — all of which can use the Kindle App to read books — albeit without the easy-on-the-eyes e-ink screen. Finally, a 6-inch sized screen for reading is only slightly bigger than today’s oversized smartphones.

However, Amazon has no real competition for pure play e-readers, so they can basically charge a premium for on-the-go avid book readers. This could be one of the first Kindle’s Amazon could turn a profit on (if they sell enough of them), since it is widely believed Amazon’s other tablets and e-readers are sold at or below cost to bring people into the ever expanding Amazon eco-system.

Check out this Amazon produced video:


Price and Availability
The Amazon Kindle Oasis will be available April 27, 2016 for $289.99. It is available for pre-order around the world at www.amazon.com/kindleoasis.

Gadgets Now51 years ago
You Are Here