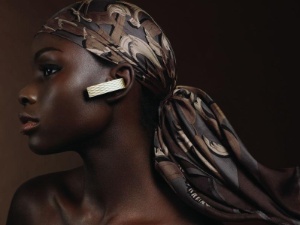 Aliph, the established market leader in noise eliminating Bluetooth headsets, today introduced the new Jawbone Bluetooth headset. In the tradition of bringing together science and beauty, the new Jawbone design is 50% smaller than the original award-winning Jawbone, and features breakthrough noise elimination technology to provide even better voice quality than the original in a smaller and more ergonomic package. It is available today exclusively at AT&T retail stores and at http://www.jawbone.com or http://www.wireless.att.com.

Bluetooth headset shipments are predicted to top 120 million units worldwide in 2009. With over 60% of new phones in North America shipping with Bluetooth, and hands-free driving legislation in effect in five states and the District of Columbia by July 1st, the new Jawbone combines unparalleled form and function just in time to appeal to a broad and growing consumer audience.

The Best Just Got Better
The new Jawbone headset is the next step in the marriage of best in class noise elimination science with a personal design that is both humanistic and minimal. The new Jawbone features military-grade NoiseAssassin technology, which is unmatched in its ability to address real-world noise environments like busy streets, and cars and airports, and has ten times better voice clarity than competing headsets – meaning it transmits 90% less noise.

Jawbone’s NoiseAssassin technology literally feels your speech with its patented Voice Activity Sensor (VAS). The Jawbone headset uses the VAS to distinguish the sound of your voice from ambient noise with incredible accuracy and then uses proprietary Digital Signal Processing (DSP) algorithms to subtract the noise so only the sound of your voice comes through.

The NoiseAssassin technology was originally developed by Aliph for DARPA (The Defense Advanced Research Projects Agency), which creates and delivers breakthrough technology for the U.S. military. It is tested and designed to work in the toughest, most inhospitable terrain, when clear communication is critical, which means for the average user it is designed to perform everywhere.

The new Jawbone headset is designed to be simple to use. Two streamlined buttons are operated by touching the outside shield, and they control all the functions of the headset, which is extremely lightweight at just 10 grams.

“In creating the new Jawbone we focused on improving our audio performance beyond the market-leading noise solution that we already had, and elevating the design to a point where it would appeal to a broad range of consumers who would love to wear it,” said Hosain Rahman, CEO and co-founder of Aliph. “Jawbone provides amazing audio quality in a form factor that is a true lifestyle accessory – it’s a new and complete departure from the typical gadgetry of the Bluetooth category.”

“When Aliph and AT&T launched the original Jawbone, a new standard was set for voice quality and design in Bluetooth headsets,” said Carlton Hill, vice president of Product Management, Voice Products and Affiliate Marketing for AT&T’s wireless unit. “Given the market response to the original Jawbone, we are thrilled to work with Aliph again to launch the new Jawbone – which once again promises to be one of the most innovative headsets in the marketplace.” 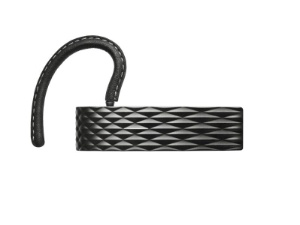 It’s Not a Headset – it’s Earwear
The new Jawbone is designed to look and feel like an accessory along the lines of jewelry and eyewear. “If it’s not beautiful, it doesn’t belong on your face,” said renowned industrial designer Yves Behar, chief designer of the Jawbone headset.

Made with premium materials, including medical grade plastic with better cosmetic and health performance, the expressive aesthetic confers a premium visual and ergonomic experience. The new Jawbone provides a more comfortable and customized fit with three sizes of earbuds and four earloops that can be worn on either ear – two sizes of soft, stitched leather earloops and two sizes of slim earloops, ideal for use with eyeglasses.

Availability and Pricing
The new Jawbone is available today for $129.99 at AT&T retail stores nationwide and online at http://www.jawbone.com and http://www.wireless.att.com. Available initially in matte black, it will be coming soon in silver and rose gold.

The New Jawbone
Compatible with all Bluetooth-enabled phones, the new Jawbone supports more than four hours of talk time and eight days of standby time. Featuring a new fast-charge battery that charges up to 80% of capacity in just over half an hour, the new Jawbone can be charged with the included USB cable on a computer, or with the wall-charger.

About Aliph
Aliph makes personal technology comfortable, usable and beautiful. The company’s flagship product, the award winning Jawbone Bluetooth headset with NoiseAssassin technology, set a new standard for mobile voice quality. Unmatched in the industry, Aliph’s NoiseAssassin technology was originally perfected with DARPA for battlefield applications, eliminating background noise and delivering unparalleled call clarity in all environments. Since its launch in December 2006, the Jawbone headset has been widely recognized as the best Bluetooth headset in the marketplace and is a top seller at Apple, AT&T, Best Buy, Verizon and Carphone Warehouse retail stores.

The company was founded by Alexander Asseily and Hosain Rahman, who met as Stanford undergrads, sharing a belief that better user experiences around voice and device usability are critical to improving mobile communications.

Aliph is a privately-held company headquartered in San Francisco and is funded by Khosla Ventures and Sequoia Capital. For more information and a demo, go to http://www.jawbone.com or http://press.jawbone.com/