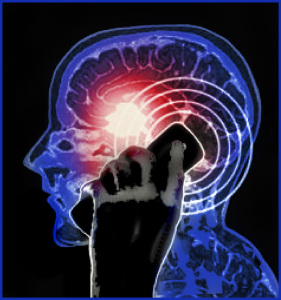 A new report, “Cell phones and Brain Tumors: 15 Reasons for Concern, Science, Spin and the Truth Behind Interphone,” was released today by a collaborative of international EMF activists. Groups affiliated with the report include Powerwatch and the Radiation Research Trust in the U.K., and in the U.S., EMR Policy Institute, ElectromagenticHealth.org and The Peoples Initiative Foundation. Download the report (pdf).

The expose discusses research on cellphones and brain tumors and concludes:

This report, sent to government leaders and media today, details eleven design flaws of the 13-country, Telecom-funded Interphone study. The Interphone study, begun in 1999, was intended to determine the risks of brain tumors, but its full publication has been held up for years. Components of this study published to date reveal what the authors call a ‘systemic-skew’, greatly underestimating brain tumor risk.

The design flaws include categorizing subjects who used portable phones (which emit the same microwave radiation as cell phones,) as ‘unexposed’; exclusion of many types of brain tumors; exclusion of people who had died, or were too ill to be interviewed, as a consequence of their brain tumor; and exclusion of children and young adults, who are more vulnerable.

Lloyd Morgan, lead author and member of the Bioelectromagnetics Society says, “Exposure to cell phone radiation is the largest human health experiment ever undertaken, without informed consent, and has some 4 billion participants enrolled. Science has shown increased risk of brain tumors from use of cellphones, as well as increased risk of eye cancer, salivary gland tumors, testicular cancer, non-Hodgkin’s lymphoma and leukemia. The public must be informed.”