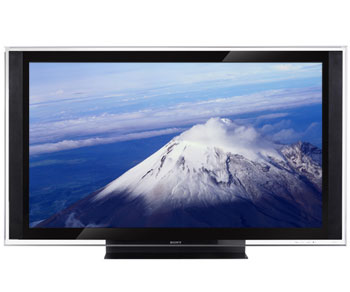 As many readers are aware, the “1080p” tide has been rising for at least a year and this spring it seems to have reached a new high-water mark, in part stimulated by the market appearance of new high-definition DVD players: HD-DVD and Blu-ray, recorded and studio mastered in 1080p. These two formats are not compatible (except for LG’s HD-DVD/Blu-ray combo player, and a new combo unit due from Samsung), however they will play your existing DVDs.

Resisting the marketing juggernaut is never easy (we really know how to consume in the 21st century) so in the spirit of both welcoming and explaining 1080p, here are some guidelines to help you navigate the claims and counter claims:

Bargain hunters should note that 720p HDTVs and projectors are significantly less expensive than the new 1080p displays, often half the price of 720p sets 3 years ago. If serious budget constraints would make you compromise on other components in your home theater setup (e.g., a high-quality 5.1 or 7.1 channel speaker system) in order to get a 1080p display, then save some money and get a 720p set with an excellent home theater speaker system. A 720p HDTV display or projector is still High Definition and capable of beautifully detailed video images.