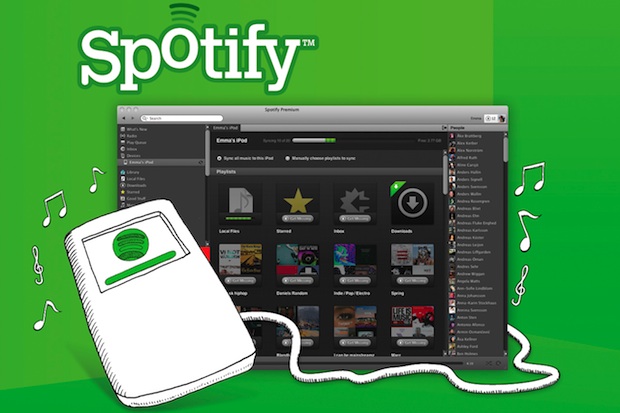 Spotify, the unlimited (ad-supported) free music service first launched in Europe is available today in the U.S. Spotify offers a new way to manage your music, discover millions of new tracks and share songs and playlists with your friends. Songs can be played instantly on any device.

Unlimited listening
Spotify gives you on-demand access (with no buffering) to a library of more than 15 million songs. You can even import the MP3s you already own with just one click, to create a mighty music player.

Offline listening for a fee
Take your music with you by installing Spotify on your cellphone or iPod Touch. Wirelessly sync your MP3 playlists to listen offline and subscribe to Spotify Premium ($9.99/month) to combine your own music with access to their entire catalogue of over 15 million tracks.

Invite-only Launch
The try the free Spotify service you’ll need an invite from a friend, during the beta phase. You can jump the queue by signing up for one of Spotify’s paid subscription plans. Here is what they offer:

Daniel Ek, Founder and CEO of Spotify, said: “We believe that music is the most social thing there is and that’s why we’ve built the best social features into Spotify for easy sharing and the ultimate in music discovery. Even if you aren’t a total music freak, chances are you have a friend who is and whose taste you admire. I’m looking forward to connecting with some of you in Spotify and discovering some cool new tracks.”

Ken Parks, Chief Content Officer and Managing Director of Spotify North America, said: “Spotify was founded as a better, simpler alternative to piracy. So making sure that the people who create the music prosper is hugely important to us. We have full catalogues from all the major labels and a raft of independent labels including those represented by Merlin, which means all of their artists are being fairly compensated for their creativity every time people enjoy music through Spotify.”

Spotify works closely with a number of partners including Sonos, Logitech, Onkyo and Shazam.

Spotify was launched in Sweden in 2008 by Daniel Ek and Martin Lorentzon, out of a desire to develop a better, more convenient and legal alternative to music piracy. Spotify is now the second single largest source of digital music revenue for labels in Europe (IFPI, April 2011), making sure that artists get a fair deal.

Spotify has more than 10 million registered users and more than 1.6 million paying subscribers across 7 countries in Europe; the US marks the 8th territory. With a ratio of well over 15% paying subscribers to active free users, Spotify is the largest and fastest growing service of its kind.