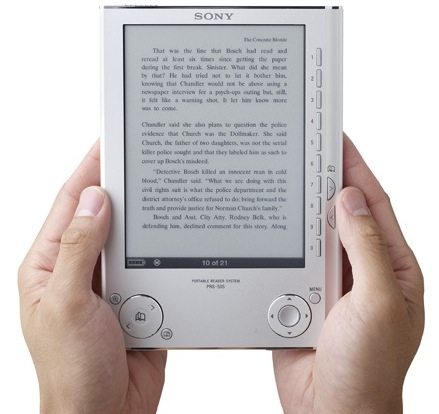 Sony today announced it is preparing to make its Reader digital book available in several new markets. Plans include availability in new Asia/Pacific markets this year, including Japan, China and Australia, as well as further European expansion to encompass countries such as Italy and Spain. In each country Sony intends to leverage its relationships with local retailers, publishers and distributors to introduce the Reader along with a host of local content to help ensure the best possible reading experience.

Sony anticipates strong global demand for eReaders and eBooks in 2010, specifically within Asian markets. According to analyst firm Nomura Holdings Inc., Asia represents one of the fastest growing eBook and eReader markets, with Japanese eBook sales topping $500 million in 2009. Additionally, analyst firm DisplaySearch is predicting that China will become the world's largest eReader market by 2015.

"Sony continues to be a pioneer in this market, and in the years since we unveiled the first eReader, we've hit a global tipping point in digital reading with demand for and sales of the Reader dramatically increasing in 2009," said Steve Haber, president of Sony Electronics' Digital Reading Business Division. "Sony's strategy has always been to make the Reader a global product and we'll take a thoughtful approach to country expansion that will consider not just the hardware experience within these new countries but the content experience as well."

The Reader's seamless integration with Sony's Reader Store recently enabled Sony to reach the 10 million eBook download milestone, and it will be working towards having relevant, local-language content available either through its own or local affiliated book stores, upon entering new countries. Since launching the Reader in the United States in 2006, Sony has expanded its global footprint into North America and Europe. Today, the Reader is available in eight countries across the world, including the United States, Canada, United Kingdom, France, Germany, Netherlands, Austria and Switzerland. Sony's Reader Store is currently available for users in the United States and Canada.

Sony will announce general availability, local pricing and pre-order dates for the Reader in Japan, China, Australia, Spain and Italy at a later date.