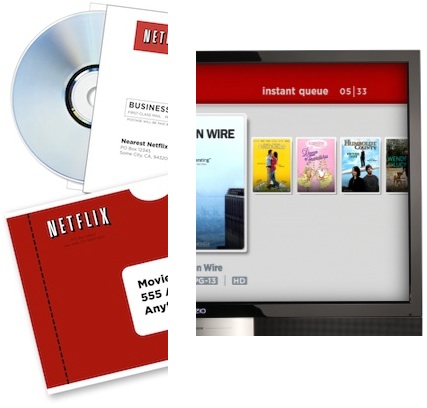 Netflix announced today it is splitting itself into two companies, one company for streaming movies/TV and the other offering DVDs by mail service only. The name of the latter will be Qwikster and it will only provide DVDs by mail (the original Netflix service).

The streaming service company will retain the Netflix name. Both companies will operate independently, so if you currently are subscribed or want both services, you’ll need to sign-up twice and manage two accounts.

This news comes just two months after Netflix announced price increases, which created the initial consumer backlash. With consumers already unhappy about increased fees, Reed Hastings, Co-Founder and CEO, Netflix attempted to explain everything today in a blog post. However, his response appears to have only made the situation worse and more confusing, even though he said “I messed up.”

While there may have been a business case behind his decision, the reality is that almost all the consumer sentiment has been negative. The Netflix Facebook page has thousands of commenters expressing feelings of frustration, confusion and threats to cancel the service.

Its seems the Netflix brand has been irreparably tarnished by the hubris and greed of its management. While I doubt this was one person’s decision, the CEO will certainly take the blame.

Despite all the hysteria over the name and price changes, the bottom line will be whether consumers continue to subscribe to one or both services. Ironically the answer may come down to the content, not price.

While $6 more (or $7.99/month) for streaming may seem like a lot now, have you checked your cable or satellite bill lately?

Disclosure: I am neither a Netflix stockholder or subscriber and Netflix has never advertised directly on this site. I do currently use Apple TV and Comcast OnDemand.