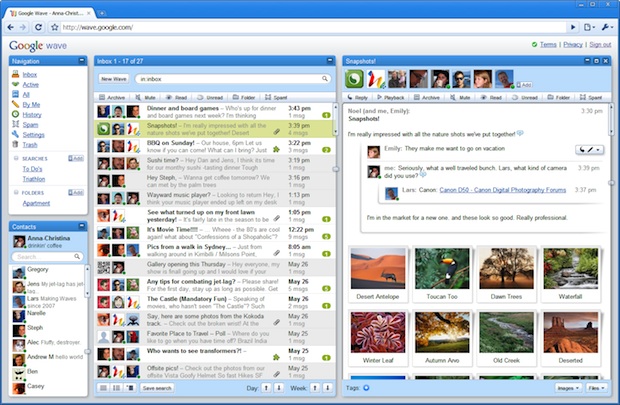 Google released a statement today on its official blog indicating Google Wave has not seen the user adoption they would have liked. Hence, Google will discontinue developing Wave as a standalone product, but will maintain the site at least through the end of the year and extend the technology for use in other Google projects.

The central parts of the code, as well as the protocols that have driven many of Wave’s innovations, like drag-and-drop and character-by-character live typing, are already available as open source, so customers and partners can continue the innovation we began. In addition, Google will develop tools so that users can easily “liberate” their content from Wave.

Take a look at Google Wave’s initial concept in this video:

See more about this announcement at:
http://googleblog.blogspot.com/2010/08/update-on-google-wave.html