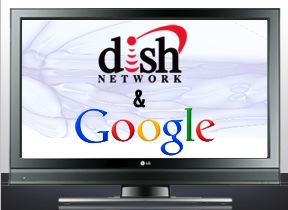 Google and DISH Network today unveiled the launch of Google TV, an open platform that seamlessly integrates multichannel television with rich web media content. This technology brings the full power of the Internet to the television viewing experience.

Google TV merges traditional TV programming with the wide amount of content on the web, allowing viewers unprecedented access, control, and flexibility over all forms of digital content. DISH Network subscribers using Google TV can simultaneously search for content across DISH Network, the Internet and their DVRs. They can overlay online content related to television shows, movies, actors and more; and also hyperlink web content back to multichannel TV.

"DISH Network has enjoyed a strong partnership with Google for many years, built on a common foundation of innovative thinking and risk-taking," said Charlie Ergen, Chairman, President and CEO of DISH Network. "DISH Network's integration of Google TV marks the next evolution in television, and only DISH Network customers will be able to enjoy the best of TV and the web in one platform using their existing HD DVR receivers and a Google TV device."

"We are excited to bring the web to television and enable developers to innovate on the Google TV platform," said Eric Schmidt, Chairman and CEO, Google. "With DISH Network's contributions, Google TV delivers a richer user experience and a compelling product for consumers."

The DISH Network Google TV integration is the outcome of a joint development process between the two companies. The companies began their collaborative trial over a year ago by beta testing the technology with more than 400 DISH Network and Google users. Based on continuous feedback from the trial, Google and DISH Network built the Google TV experience that seamlessly integrates traditional TV programming with rich web content.

Google and DISH Network plan to make the optimized Google TV experience available to customers later this fall. DISH Network will integrate the software to enable this advanced integration on all HD DVR receivers. Users can then simply connect their Google TV devices to their DISH Network receivers via HDMI.