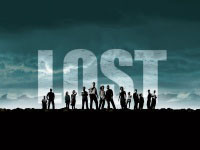 In the spring of 1980, “Dallas” ended its season with the biggest network television cliffhanger ever. Viewers waited all summer to discover who shot conniving oilman J.R. Ewing; when CBS finally provided the answer that fall, a record 76% of turned-on American TVs were tuned into the show. In that pre-Internet, pre-podcast, pre-TiVo world, networks had only each other to compete with. Today, under pressure from on-demand media, networks are using new tricks to retain viewers. Their strategy this time around? Turn shows into communities and viewers into cult-like fanatics.

ABC’s “Lost” is probably the most visible example of this recent phenomenon. Hundreds of websites and chat-rooms are devoted to the show, with fans scouring each frame of every episode for clues about the mysterious Pacific island that plays host to the survivors of a suspicious plane crash. The show’s producers, for their part, have done everything they can to fan the flames of hysteria, including taking features of the show outside the TV frame.

For example, the producers created a fictitious organization — the Hanso Foundation — that exists both in the show and in “real life.” In the show, the survivors have stumbled across films from the Foundation that give instructions on certain tasks the survivors must perform while on the island. Meanwhile, fans began googling the name to see if it was based on a real organization.

Then, during sweeps in May, ads appeared from the Hanso Foundation in major newspapers across the country and featured both a website and phone number. ABC marketing chief Mike Benson told USA Today that the response was so overwhelming it “shut down call centers in the UK and U.S.” Since fan sites had been abuzz with questions about whether the Foundation might be responsible for some of the nefarious activities on the island, the ads appeared to respond to the fans, giving them the feeling that they were part of the “Lost” experience. Later in the season, very real looking commercials popped up during “Lost” that touted the Foundation’s research prowess and its devotion “to the advancement of the human race,” giving viewers another opportunity to look for clues.

Dawn Iacobucci, a marketing professor at Wharton, wonders whether these new efforts to blur the line between fake and real could backfire. On the one hand, “Lost” fans surely recognize all of this as multiple layers of fiction, suggests Iacobucci. “But if you’re a fan, your next thought is, So what! It’s fun. It’s just entertainment.” On the other hand, she says, if the show sets a precedent with fake ads, what is to prevent a viewer from getting confused about what is a real ad and what is a fake one? “Eventually, will viewers just assume that all ads are nonsense?”

The “Lost” trend is a natural response to what networks have been up against for several years, says Nelson Gayton, an entrepreneur in the entertainment industry and an adjunct marketing professor at Wharton. “The networks are losing out to different media,” he notes. As a result, “it’s increasingly difficult to get a consumer’s time, attention and money.” Instead of fighting off these other media, he adds, networks are shrewdly engaging them in the networks’ efforts to build communities around a show.

“Lost” is not unique in this campaign. Fox’s “Family Guy” and “24” enjoy similar levels of fan support and the shows’ producers offer many opportunities for fans to “congregate.” For example, the official “Family Guy” website sells ringtones and wallpaper. One game, “Pimp my Stewie,” allows viewers to dress the main character, named Stewie, in different outfits. The website hosting this offer even encourages users to “customize Stewie and show your friends.”

Gayton sees this high level of interactivity as an example of what some now call “the experience economy.” In an article that appeared in the Harvard Business Review in 1998, authors B. Joseph Pine II and James H. Gilmore suggest that, over the years, people have steadily moved through different types of economies — agrarian, industrial, service, and now experience. The commoditization of services, like goods before them, has forced companies to compete on experience, they say. While economists have typically lumped experiences in with services, Pine and Gilmore are convinced that “experiences are a distinct economic offering, as different from services as services are from goods.”

Unlike prior economic offerings — like commodities, goods, and services — that are external to the buyer, “experiences are inherently personal, existing only in the mind of an individual who has been engaged on an emotional, physical, intellectual, or even spiritual level,” write the authors, who add that “no two people can have the same experience, because each experience derives from the interaction between the staged event.”

The Altar of Television

Wharton marketing professor Barbara Kahn believes that shows like “Lost” have taken the experience economy to a whole new level. She sees the trend as a move toward building real communities around a brand. “Originally our idea of community was a church or town hall,” she says. Over time, some communities developed around consumption — with people identifying themselves as “Apple people” or “Saab people,” for example. What we are seeing now is a shift toward TV shows serving the function of communities.

According to Kahn, the trend can be traced back to “Star Trek,” which she believes was the first community built around a television show. “Through ‘Trekkie’ conferences, people congregated with like-minded people, began identifying themselves as Trekkies and dressed like Trekkies,” she says. “The difference today is that you don’t actually have to go some place to be part of the community.”

Given the definition of community, says Kahn, it’s easy to see how TV shows can serve that purpose. Indeed, definitions of community include “a group of people having common interests,” “a group viewed as forming a distinct segment of society,” and “sharing, participation, and fellowship.” TV shows are offering consumers all this and more, Kahn suggests. “What makes a community is knowing its history, appreciating the culture, showing devotion. We see all of this with television shows.”

What Kahn finds most fascinating is the spontaneous development of these communities, which she describes as an “organic process” that networks have some, but not all, control over. “It’s actually very difficult to do this right,” she notes, adding that successful communities that have built up around these shows have a natural feeling, like a real community. If viewers feel the attempt at community building is “too orchestrated, they might not buy in,” says Kahn, who is often approached by companies asking how they can create such a phenomenon around their product or service. “It requires a very sophisticated marketing model, one that combines revenue with community building.”

For example, selling show merchandise like t-shirts, DVDs, ring tones or ads on show websites needs to be balanced by activities that may not generate income but will help build community. The ads running on “Lost” are not necessarily a source of revenue but they do reinforce community, says Kahn. “If you consider yourself a bonafide member of the ‘Lost’ community, you want to have the information first so you can participate in the blogs or chats immediately after the show.” If viewers TiVo the show and watch it later or skip through the ads, they may miss out on the opportunity to participate, Kahn says.

This held true when thousands of “Lost” fans snapped up copies of a book, retailing for $21.95, supposedly written by one of the passengers aboard the doomed flight. Further blurring the line between reality and fiction, the very real Hyperion books published Bad Twin, describing the book on its website as “the highly-anticipated new novel by acclaimed mystery writer Gary Troup. Bad Twin was delivered to Hyperion just days before Troup boarded Oceanic Flight 815, which was lost in flight from Sydney, Australia, to Los Angeles in September 2004. He remains missing and is presumed dead.”

Word spread quickly among the “Lost” community that the fictitious author’s name was an anagram for “purgatory,” one of the prevailing theories about what the island represents. Not surprisingly, the Hanso Foundation makes a cameo appearance in the book. Finally, Gary Troup even has his own web site that includes one other book he published, which is — conveniently — out of print.

“There’s no question that these communities are increasing consumers’ involvement with the show and the brand,” says Kahn. “In fact, people have referred to this as ‘co-production,’ where consumers themselves are taking part in the production of the product.”

With the multitude of events surrounding a TV show, marketers must begin reevaluating their strategies, says Wharton marketing professor David Reibstein. Traditionally, advertising teams and budgets were segmented by media, with one budget for print advertising, another for web, etc. “With the merging of various different media, marketers now need one coordinated communications strategy.”

An article in the April 3 issue of Advertising Age echoed this new trend, saying that the ad industry is undergoing a “semantic shift that’s ousting broadcast TV as its central organizing principle.” As a result, “a more flexible notion of video is emerging, one that is rendering obsolete many industry silos, forcing the rearrangement of TV and Internet buying, planning and selling units… .” The article goes on to state that when Publicis Groupe MediaVest, which buys for clients like Procter & Gamble Co., announced its intention to rechristen its TV-buying teams as “video investment and activation units,” it signaled a clear bellwether for this shift.

An example of the overlap was the purchase of MySpace earlier this year by News Corp., Fox’s parent company. An online community that “lets you meet your friends’ friends,” MySpace includes millions of personal web pages as well as community groups around countless topics. A group of “Family Guy” watchers has nearly 100,000 members. Indeed, a TV executive told Kahn that when a new show is pitched, it has to include “360-degree opportunities,” a full plan that takes into account the myriad marketing opportunities a show can offer.

One trend Reibstein has witnessed in Korea is video games that spin off television shows. “Video games are huge there, so it’s no surprise that TV shows would evolve from them,” says Reibstein, who — get ready, “Lost” fans — predicts that a video game of “Lost” can’t be far behind.