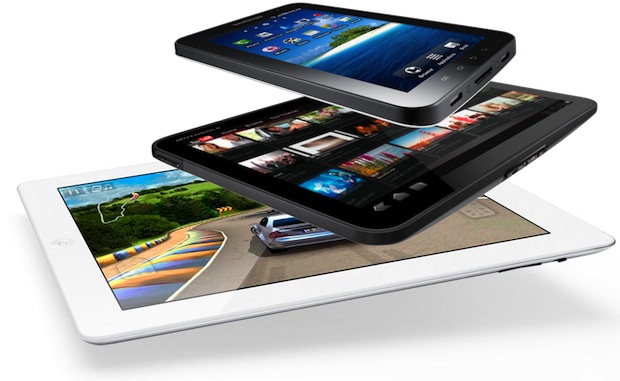 After almost a year in which the Apple iPad has been virtually the only game in town in tablet computers, some serious competitors are finally hitting the market. Yet in Consumer Reports latest tests of the 10 most-promising tablet computers, the Apple iPad 2 with Wi-Fi and 3G topped the Ratings. The full report including Ratings of tablets is available at ConsumerReports.org (subscription required).

In Consumer Reports lab tests, the Motorola Xoom revealed itself as the iPad 2’s chief rival. Like the iPad 2, the Xoom boasts a 10-inch screen but adds conveniences that the iPad lacks, including a built-in memory card reader and support for the Flash videos and animations found on many Web sites.

“So far, Apple is leading the tablet market in both quality and price, which is unusual for a company whose products are usually premium priced,” said Paul Reynolds, Electronics Editor at Consumer Reports. “However, it’s likely we’ll see more competitive pricing in tablets as other models begin to hit the market.”

Consumer Reports tested tablets from Archos, Dell, Motorola, Samsung, and ViewSonic, as well as several models from Apple. Each tablet was evaluated on 17 criteria, including touch-screen responsiveness, versatility, portability, screen glare, and ease of use, and testers found several models that outperformed the rest. The Apple iPad 2 with Wi-Fi plus 3G (32G), $730, topped the Ratings, scoring Excellent in nearly every category. The first-generation iPad, $580, also outscored many of the other models tested but tied with the Motorola Xoom, $800.

The largest gap in performance among the 10 tested tablets was evident in Consumer Reports’ battery-life test, measured by playing the same video clip continually on each tablet and timing how long it played until the battery ran down. The top-scoring iPad 2 lasted 12.2 hours, but one of the lowest rated, the Dell Streak 7, $450, lasted just 3.8 hours.

Before choosing a tablet, Consumer Reports recommends that consumers consider the following: