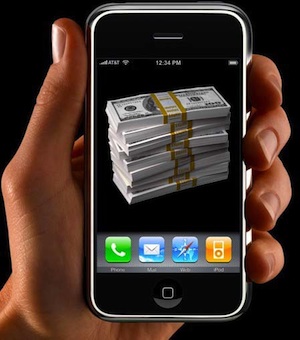 According to the latest research from Strategy Analytics, Apple became the world’s most profitable handset vendor in Q3 2009. Nokia slipped into second position, as margins have been hit hard by both the economic downturn and a stagnant presence in the United States.

Alex Spektor, Analyst at Strategy Analytics, said, “We estimate Apple’s operating profit for its iPhone handset division stood at $1.6 billion in the third quarter of 2009. Apple overtook Nokia for the first time, which recorded a lower $1.1 billion of operating profit. With strong volumes, high wholesale prices and tight cost controls, the PC vendor has successfully broken into the mobile phone market in just two years.”

Neil Mawston, Director of the Wireless Device Strategies service (WDS) at Strategy Analytics, added, “Nokia’s profit margin for its handset division has been shrinking during the 2009 global economic downturn. Strategy Analytics believes that the United States, where Nokia now trails Apple in marketshare, is the key to Nokia’s recovery in 2010. A successful fight on Apple’s high-profit home turf can simultaneously help to revitalize Nokia’s margins and to put a check on Apple’s surging growth.”