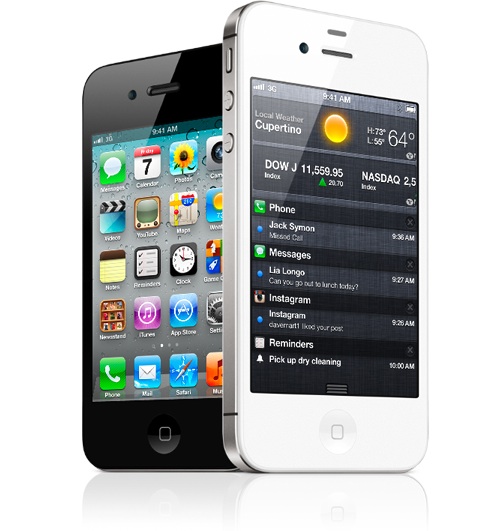 Apple today announced pre-orders of its iPhone 4S have topped one million in a single day (October 7, 2011), surpassing the previous single day pre-order record of 600,000 held by iPhone 4. The iPhone 4S is packed with incredible new features including Apple’s dual-core A5 chip for blazing fast performance and stunning graphics; an all new camera with advanced optics; full 1080p HD resolution video recording; and Siri, an intelligent assistant that helps you get things done just by asking.

You can still pre-order online from Sprint, AT&T or Verizon Wireless, but delivery may be delayed. Verizon’s website is currently showing an 11 day shipment delay for all models, AT&T a 21 to 28 day delay, and Sprint is completely sold out of the 16GB models. However Sprint still has 32GB and 64GB models available for pre-order.

The Carriers have not released their pre-order numbers, so it’s not clear who sold the most. During the first hour of online pre-order Sprint’s website went down, while AT&T and Verizon’s stayed up.

At this point if you want an iPhone 4S when it’s released on Friday, October 14th 2011 you better be prepared to wait in line at an Apple, AT&T, Sprint, Verizon Wireless, select Best Buy, Target or Walmart stores.

“We are blown away with the incredible customer response to iPhone 4S,” said Philip Schiller, Apple’s senior vice president of Worldwide Product Marketing. “The first day pre-orders for iPhone 4S have been the most for any new product that Apple has ever launched and we are thrilled that customers love iPhone 4S as much as we do.”