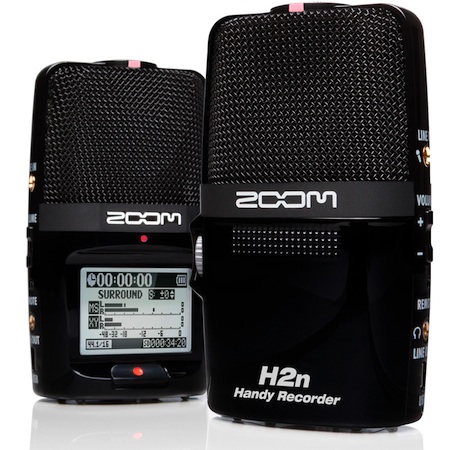 The Zoom H2n Handy Recorder is the first and only portable audio recorder with five studio-quality microphones onboard. This design enables the H2n to offer four unique recording modes: Mid-Side (MS) stereo, a technique used for many years in film and broadcast, 90° X/Y stereo, 2-channel and 4-channel surround sound. With its newly designed user interface, 1.8-inch backlit LCD display for crystal-clear monitoring and built-in reference speaker that allows you to playback recordings on the spot, the H2n is remarkably easy to use in any application.

Further enhancing its flexibility and convenience, the H2n provides over 20 hours of continuous operation on just two standard AA alkaline batteries. In addition, the H2n features a new data recovery function and a High-Speed USB 2.0 interface. You can even use the H2n as a USB microphone and record directly to your computer.

No matter the application, the H2n brings the very best in stereo recording to a convenient, user-friendly package that fits in your pocket. 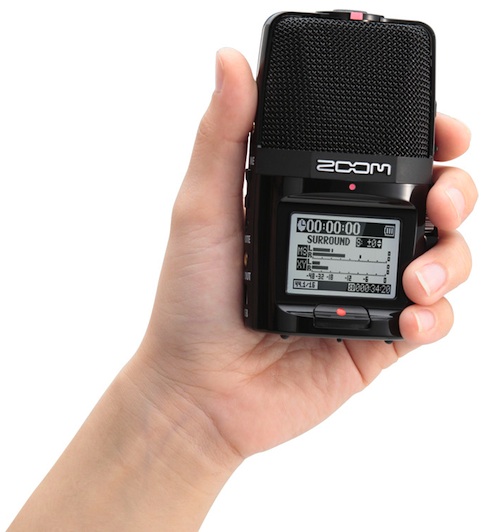 “A lot of musicians are going to be knocked-out when they use this device, but we're really interested in seeing the response from the film and broadcast industries,” says Scott Goodman, President of Samson. “Mid-Side miking has been used in those industries since the '80s, but it's never been available in a handheld recorder.”

Price and Availability
The Zoom H2n Handy Recorder will be available September 2011 for $199.