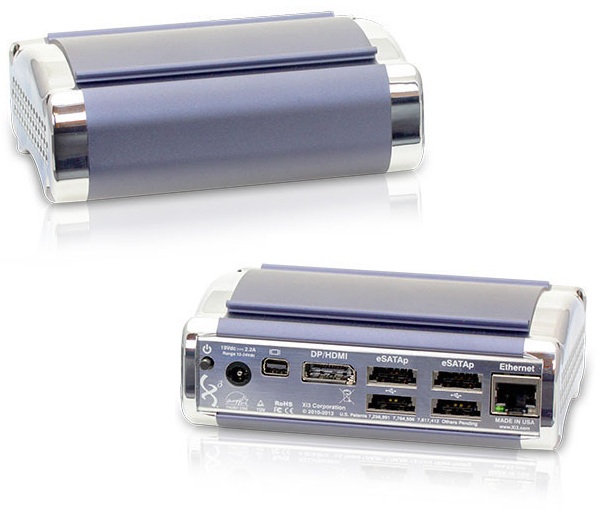 Xi3 Corporation announced its Z3RO Pro Computer, a small form factor PC, the size of a small paperback book, offering 64-bit, x86-based dual-core processing power with a starting price of $399. The Z3RO is housed in Xi3’s smallest chassis (1.875″ x 4.875 ” x 3.625″), and is designed for general computer use, including home and office environments, and is powerful enough for specialty applications such as digital signage environments and home theater use.

“The Z3RO Pro Computer is the ideal size for the ultimate in small form factor x86-based general computing,” said Jason A. Sullivan , founder, President and CEO. “In this post-PC era, it’s clear that there’s no reason to buy a tower or mini-tower computer ever again. Not only does the Z3RO Pro Computer help round out the Xi3 product line, it also marks the end of desktop computing as we’ve known it.”

The Z3RO Pro Computer is available with:

Z3RO Pro Computers operate at 15Watts of power, ship standard with openSUSE Linux v11.2, but will also run an array of other x86-based Operating Systems, including Windows 8 and lower, UNIX, other Linux variants, etc.

Price and Availability
The Z3RO Pro Computer is expected to ship Q2 2013 starting at $399.