WINEGARD COMPANY, HOLDER OF 60 PATENTS OVER THE YEARS, AWAITS ISSUANCE OF ANOTHER US PATENT
FOR ITS BEST SELLING OFF-AIR ANTENNA, THE SQUARESHOOTER

Burlington, Iowa, March 3, 2005 – Winegard Company announced today that an important step in protecting its new products and technologies has occurred in the patent process for the SquareShooter SS-1000 and SS-2000 series of digital Antenna Platforms. Bob Howell, Director, Distribution Systems/Off-Air Antenna Business Group for the Winegard Company said, “The formal examination is officially over for the SquareShooter and we expect issuance of the US patent this summer. The application is on its way the US patent office to be assigned a date of issuance, so we’re well on our way to getting the patent issued.”

The patent will cover both the SquareShooter SS-1000, selected as an Honoree in the 2004 CES Innovations Design and Engineering Showcase and the SS-2000, a more powerful version equipped with the new Winegard digital preamp, extending the SquareShooter range up to 40 or 50 miles away from the transmit source.

Howell continued, “The right Off-Air DTV/HDTV Antenna is now a Necessity, not an Accessory. Getting the best Off-Air picture starts with the choice of the best antenna for today’s reception challenges. The single largest contributing factor to successful digital antenna installation and DTV/HDTV reception today still remains the ability of the metropolitan/suburban consumer to buy an antenna that deals with multi-path or reflected signal. This is a huge issue and significant challenge for digital antenna manufactures and professional installers.”

The SquareShooter antenna platforms were specifically designed for digital reception of these reflected signals. Its primary market is in metropolitan/suburban locations where line-of-sight to the transmit tower is blocked and the only signal they can receive comes from a bounced signal, such as off a building.

With the addition of the new digital preamp to the SS-2000, the SquareShooter now delivers even more reception power to the very important metropolitan/urban market. This is the biggest segment of the HDTV market and was not currently being served well by existing digital antennas until the release of the SquareShooter SS-1000 last year.

Howell continued, “Although only 16 inches square, The SquareShooter Series was specifically designed to receive and resonate VHF and UHF transmissions from reflected broadcast signals by allowing the antenna to be pointed at another reflective source to capture the reflected signals and still be able to resonate quality DTV/HDTV signals.”

There is a huge need in this market for an outdoor antenna that successfully addresses these issues. The SquareShooter Series of outdoor High-Band VHF/UHF Digital/Analog/HDTV Antenna System are the only digital antenna platforms on the market today that can do it. As evidence of this, the introduction of the SquareShooter SS-1000 was the only time in the 50-year history of the Winegard Company that a product was pre-sold before it was available; the SquareShooter SS-2000 is the second. This is a true testament to the need and acceptance of these unique and innovative new antenna platform designs.

If you’d like more information about this topic, link to a SquareShooter flash file with specs, pictures, video and text testimonials on field testing and more at:
http://winegard.com/offair/s2shooter/flash/squareshooterflash.htm, or to schedule an interview with Bob Howell, please call Michael Sherman at 319-754-0604 or send an email to msher@winegard.com or visit www.winegard.com.

Winegard Company is widely considered an innovator and pioneer in product design, performance and assembly and has consistently adapted to meet the challenges of the ever-changing electronics market. It remains committed to continuous improvement in the quality, cost and delivery of its products and services to effectively meet all of its customer’s needs and currently designs and manufactures more than 1,000 different products in four product lines distributed in all states and worldwide, including: 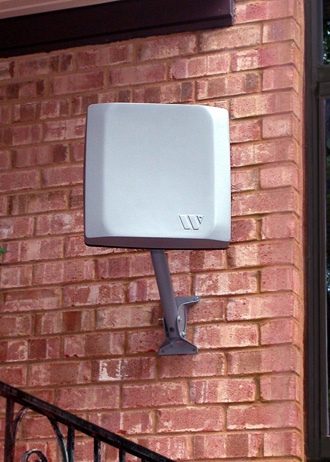