The Games You Want, Played When and Wherever You Want Them
In a sea of games, apps, gadgets and gizmos, the biggest obstacle can be finding the game that's right for you. Only Windows Phone 7 has a Games hub featuring Xbox LIVE, creating a different kind of mobile gaming experience that puts the games you want front and center. Xbox LIVE games on Windows Phone 7 will be specially selected from the top names in mobile, PC and console game development, making the best mobile games even better, thanks to Xbox LIVE. With try-before-you-buy demos, Xbox LIVE leaderboards, turn-based multiplayer, Achievements and more, Windows Phone 7 brings the quality, consistency and community of the Xbox experience to gamers on the go.

Windows Phone 7 also will be supported by content from Microsoft Game Studios (MGS), providing strong first-party gaming titles and intellectual property for the phone. For Xbox fans, this means that Windows Phone 7 will offer companion titles to familiar names, such as “Halo: Waypoint,” and “Crackdown 2,” extending the experience of their favorite Xbox 360 franchises.

The most creative minds in game development are bringing the biggest franchises to Windows Phone 7. The first wave of launch portfolio titles includes Xbox LIVE games from the likes of Gameloft, Konami Digital Entertainment, Namco Bandai, PopCap and THQ. Whether you choose to play a gem of a puzzler with “Bejeweled LIVE” (PopCap), bring down the house with “Guitar Hero 5” (Glu Mobile), fight off a destructive alien invasion in “The Harvest” (MGS), paint your way out of a corner with “Max and the Magic Marker” (PressPlay) or defend your city in “Crackdown 2: Project Sunburst” (MGS), the first wave of games announced in the launch portfolio of Xbox LIVE games on Windows Phone 7 has something for every mobile gamer: 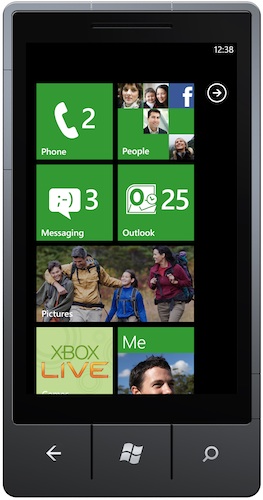 Additional titles in the launch portfolio will be released between now and the Windows Phone 7 launch this holiday season; once the phone launches, new Xbox LIVE titles also will be added to the games portfolio every week.

Xbox LIVE: Bringing More to Your Mobile Gaming
Xbox LIVE on Windows Phone 7 unlocks a world of games and fun and directly connects you to a global community of more than 25 million active Xbox LIVE members. Windows Phone 7 is the only phone that seamlessly integrates Xbox LIVE and provides unique mobile gaming experiences:

In addition, Windows Phone 7 will have plenty of room for non-Xbox LIVE titles, and consumers can still have a great gaming experience on the phone even if they never plan on owning a console.

BGR India9 years ago
You Are Here