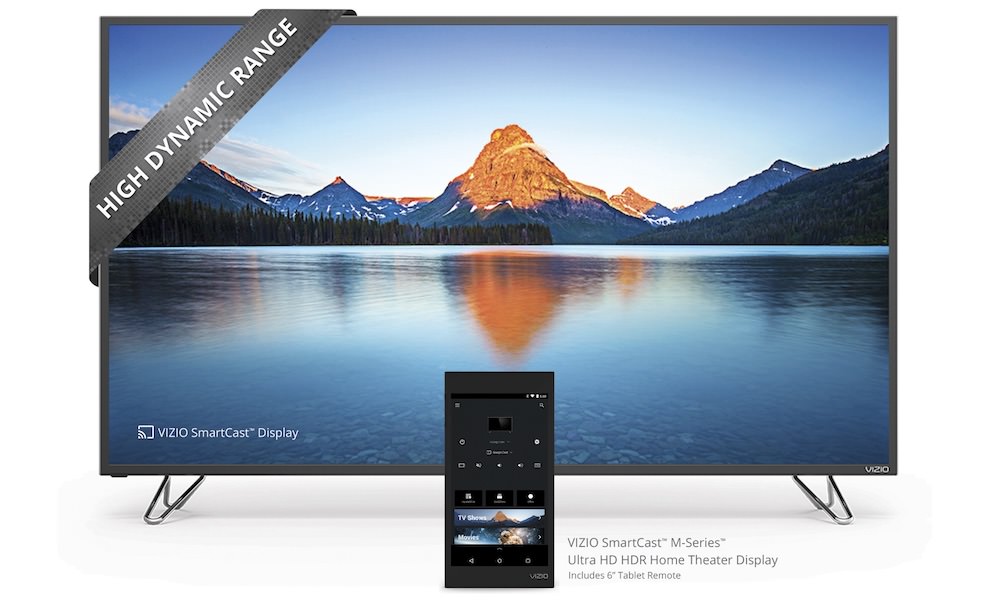 Like all products in the VIZIO SmartCast line-up, the new M-Series is controlled by the VIZIO SmartCast app. Instead of jumping between apps, VIZIO SmartCast changes the way content is discovered and controlled, allowing users to first search and browse content by genre across multiple apps at once, then select the app or source to play on the big screen. Rather than forcing users to struggle with seeing and adjusting settings or navigate apps from across the room, the app simplifies navigation, bringing it to the mobile screen. 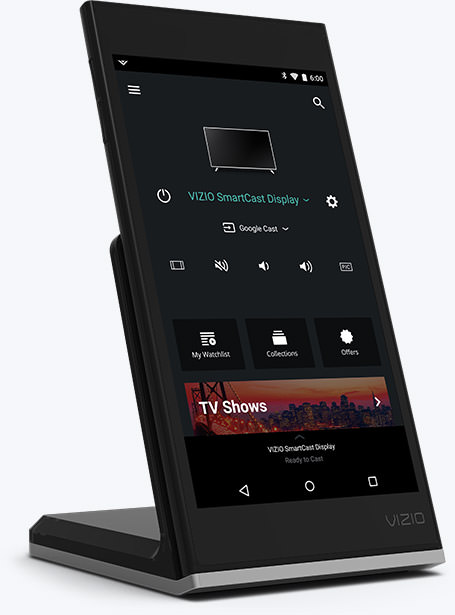 The VIZIO SmartCast app comes pre-loaded on the included 6″ Android Tablet Remote or is available for download to iOS and Android smartphones or tablets. This added benefit allows users to control any VIZIO SmartCast device from nearly any mobile device, from anywhere in the home.

“The VIZIO Tablet Remote with pre-loaded VIZIO SmartCast app is a game-changer.”

As with all VIZIO SmartCast 4K Ultra HD displays, the M-Series does not come with a tuner for over-the-air antenna viewing. For those that use an external antenna to watch local broadcasts, a separate external TV tuner is required. The M-Series comes with an HDMI cable for the best quality connection to high-definition devices.

The 6-inch Android Tablet Remote comes with a convenient wireless charging dock. The tablet remote allows consumers to browse and play content with simple tap, swipe and voice-based controls. With integrated stereo speakers and a powerful quad-core processor, the Android tablet also serves as a premium, standalone tablet that users can download all of their favorite apps from the Google Play store to play games, chat, email and more.

With Google Cast built into the M-Series, consumers can access thousands of mobile apps they already know and love. By simply tapping the Cast button, users can easily watch content go from their mobile screen to any VIZIO SmartCast device on their home WiFi network. And with WiFi streaming, users can still multi-task on the included tablet remote or their own mobile device without interrupting what is playing on the display.

Price and Availability
M-Series rolling out to retailers soon with more information and retailers available at VIZIO.com.