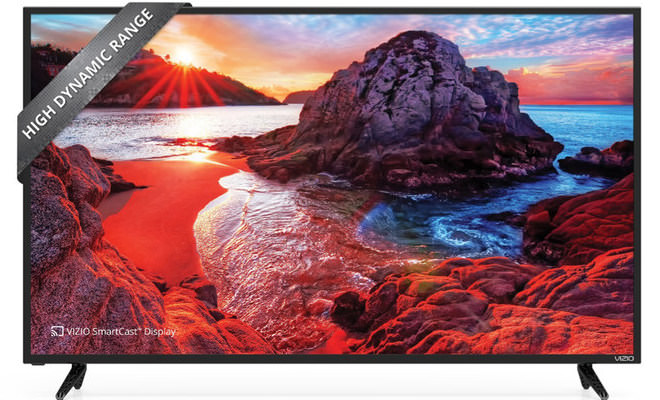 Vizio just released the all-new 2017 SmartCast E-Series TVs in sizes from 32 to 80-inches, priced from $210 to $3400. All nine E-Series models feature Chromecast built-in to easily stream from mobile apps. All TVs in the series offer 4K, except for the 32-inch model. The 55-inch and larger 4K TVs add-in High Dynamic Range (HDR) with support for the HDR10 standard.

The all-new E-Series displays allow users to simply stream and control their entertainment. With Chromecast built-in, consumers can simply tap the Cast button in popular Chromecast-enabled apps like Netflix and YouTube to stream to their TV. By downloading the VIZIO SmartCast app, users can control their display from any room in the home, search for content across multiple apps at once and stream shows directly to their E-Series display through the Google Assistant on devices like Google Home. To further simplify the out-of-box experience, an all-new remote is included with all E-Series models to seamlessly allow users to complete the first-time set-up of their display without a phone or tablet. Once set-up is complete, the remote continues to provide access to the on-screen menu, sidebar settings and more.

Price and Availability
Both the 75″ and 80″ models are available now at VIZIO.com, with the entire collection coming soon to VIZIO.com and retailers nationwide including Best Buy, Costco, Walmart and Sam’s Club.