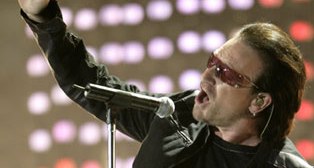 “U2 3D” the 3D feature film, rocked this year’s Cannes Film Festival, and 3ality Digital (Burbank, CA) and ASSIMILATE (Saratoga, CA) have teamed to bring the same experience to the IBC 07 audience. A three-song segment of U2 3D, hosted by Steve Schklair, Founder and CEO of 3ality, will be featured in IBC’s Big Screen Programme venue at the RAI Convention Center, September 9 at 19:30 (7:30 pm). 3ality’s stereoscopic 3D technology, coupled with ASSIMILATE’s SCRATCH real-time 3D data workflow and DI tool suite (from conform to finish) is bringing audiences a thrilling visual ride, where lead singer Bono reaches out toward the 3D camera and appears to be stepping into the theater. U2 3D is scheduled for release to theaters this year.

Visit ASSIMILATE’s IBC stand 7.909 for a demo of SCRATCH at work.

3ality Digital on Location
“The U2 3D film is so incredibly “live” that you feel the rhythm and beat, the excitement of being at a live concert. It’s a blending of physics, creativity, and 3D technology that delivers a thrilling rush to the audience, “says Schklair.

For U2 3D, 3ality Digital put together the largest assemblage of 3D camera technology ever used for a single project. With two Sony Cinealta 950 cameras per rig, each of the six South American cities used from two to nine rigs; four to 18 cameras. Notes Schklair, “What’s key about our rigs is that they are purpose built. The mechanical design is exacting, and the electronics are designed to hide the technical complexity of shooting high-quality 3D imagery.”

SCRATCH at Work at 3ality Studio
“We teamed with ASSIMILATE because we determined that SCRATCH is the only DI software suite capable of providing 3D screening directly out of the system, and without any additional processing,” says Schklair. “With its speed, ease of use, and quality results, SCRATCH enabled us to reduce the 3D post process from months or weeks, to days or hours in numerous instances.”

By using the dual-DVI outputs on the nVidia Quadro FX cards and the functionality of the SCRATCH CONstruct, 3ality created a timeline with right-eye material on one layer and left-eye material on another. The two clips were edited as a single instance and color grading, or other effects data, were easily applied and copied. Once the editorial fine-tuning and color grading were applied, the dual-stream stereo imagery could output directly from SCRATCH to the screen for review with the DP, director, and client.

Why Stereoscopic 3D Now?
3D is bringing a magical experience with impact back to feature films, recapturing audience excitement and making a contribution to the bottom lines within the entertainment industry. The new digital tools are the solution to everything that did not work with earlier attempts at creating and exhibiting stereo/3D images. The past limitations of 3D production included extremely heavy equipment, excessively long production schedules, noisy cameras, long set-up procedures, and days, if not weeks, to view dailies. The digital 3ality Systems cameras are lightweight and silent, utilize advanced image processing, are digitally synchronized, provide instantaneous dailies, and enable production schedules that match a standard 2D schedule.

Prior attempts at theatrical 3D exhibition were severely compromised by projector misalignment, synchronization problems, and color/density mismatches between the two projectors. In the new digitally equipped cinemas, 3D images are projected from a single DLP projector, which projects both 2D and 3D content with the same ease. The single projector solution completely eliminates registration, color, and sync issues, thereby guaranteeing an optimal audience experience.

3ality Digital manufactures the most technologically advanced digital 3D camera systems available. 3ality high-resolution 3D systems are the first to utilize zoom lenses supported by advanced digital image processing, fully integrated electronics, metadata generation, and blue tooth-enabled digital remotes. The camera systems are suitable for a range of production situations, from long lens sports photography to extreme close-ups, and can cover this range in real-time and within a single continuous shot. 3ality Systems™ cameras are engineered to deliver the ultra-high resolution needed for release in every format, including large-screen film and digital presentations.

About ASSIMILATE
See SCRATCH at IBC 07, Stand # 7.909. ASSIMILATE™ is transforming post production with its SCRATCH™ Digital Intermediate Process Solution, the essential mix for a resolution-independent, data pipeline. Along with data management, SCRATCH features a rich set of DI and post tools for working in any combination of HD, SD, film (2K, 4K and beyond; 3D). ASSIMILATE is committed to empowering a broad spectrum of creative and post professionals with state-of-the-art, easy-to-use, data-centric solutions that deliver optimal price/performance. To learn more about SCRATCH and to access customer case studies, see http://www.assimilateinc.com

About 3ality Digital Entertainment
The team at 3ality Digital includes industry leaders in 3D, digital imaging, project management, technology development, film production, and image processing. Members of this team have been involved with a majority of the most well-known 3D entertainment projects completed to date. See http://www.3alityDigital.com