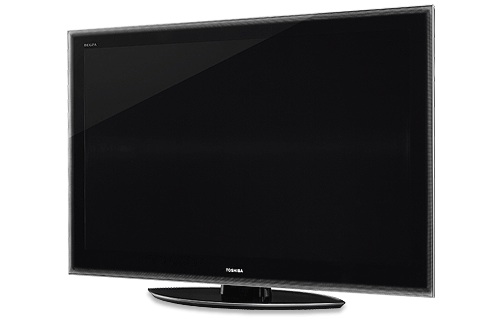 As a leader in technology, Toshiba designed its new REGZA line of premium LCD TVs to elevate the viewing experience to the next level by using its unmatched processing power to create all-new levels of picture quality. In addition, next-generation connectivity and industry-leading cosmetic design were added to create a new REGZA experience.

To ensure that the sound quality is as enjoyable as the picture quality, Toshiba has also included new Dolby Volume sound leveling, and Audyssey EQ. Toshiba is the first TV company to incorporate new Dolby Volume, a technology that solves a real-world problem by utilizing human psycho-acoustic algorithms to ensure a consistent volume level, even during commercials or when changing channels.

“Toshiba LCD TV market share has seen a meteoric rise from just 4.1 percent in November 2007 to 11.4 percent in April 2009,”* said Scott Ramirez, vice president of Marketing at Toshiba. “For 2009, we developed and incorporated a wide range of advanced, robust technologies to create an all-new level of REGZA LCD TV. We didn’t just make LED TV; we innovated by utilizing superior Local Dimming. We didn’t just utilize higher frame rates; we innovated by adding new Backlight Scanning Technology. We didn’t just wrap everything in high-gloss black; we innovated by creating the stunning new Deep Lagoon Design with Infinity Flush Front. The new REGZA is more than our dealers and consumers expected, and the response has been nothing short of amazing.”

REGZA XV648 – Deep High Contrast in All Light Conditions
A new addition to the 2009 REGZA lineup, the XV648 Series offers extra features that truly make a difference. Extra room light can lower the contrast on some TVs, but Toshiba’s new CrystalCoat™ technology stops ambient room light reflections from washing out the picture, creating 30 percent better contrast in bright rooms.** In addition, Dolby Volume technology ensures a consistent volume level when changing channels or during commercials. The result is improved picture and sound quality for an enhanced home theater experience. 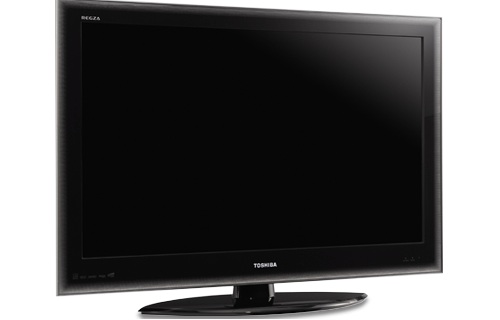 In addition, Toshiba wants to make connecting source devices and watching content simple and flexible. Therefore, the ZV650 incorporates an expanded array of connectivity features including a USB port for playback of digital video, audio and picture files, an SD card slot for playback of digital picture files by simply taking the SD card from the camera and inserting it into the TV, four HDMI Inputs with InstaPort for faster switching and REGZA-LINK for two-way device control, an IR Pass-Through Port to control source devices that may be hidden in a cabinet or closet, and a high-resolution PC input that allows you to use the TV as a big-screen PC monitor for multimedia or gaming. 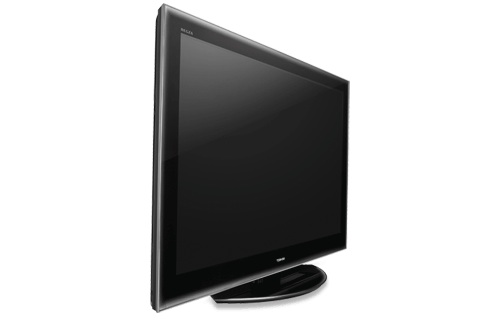 A new level of picture quality deserves a new level of design, so the SV670 series is the first to incorporate the Deep Lagoon Design with the Infinity Flush Front. Inspired by nature, Deep Lagoon evokes the image of sand disappearing below the surface of calm shores. The unique Infinity Flush Front then adds an edge-to-edge anti-reflective front panel, reminiscent of an infinity pool. Together, these new design elements create a stunning appearance that stands out on a sales floor, and will accentuate any home decor.

The SV670 is available in 46-inch and 55-inch screen sizes (measured diagonally at 46 inches and 54.6 inches respectively).

*According to The NPD Group’s retail tracking service for 19″ through 55″ Units in the LCD TV / TV/DVD Combination category.
** “Bright rooms” are defined as rooms with light intensity measuring 200 or more lux.