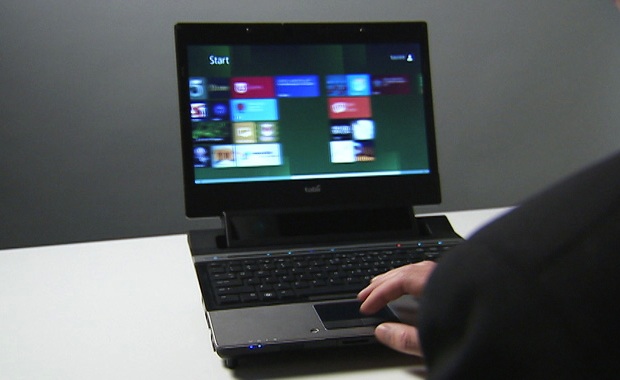 Tobii Technology introduced Tobii Gaze which uses a combination of eye gaze and touch pad to enable all seven primary touch commands of Windows 8 (e.g., activate, select, zoom, scroll, etc.) in a way that is more natural, efficient and precise than any other control when used on laptops and desktops.

The Tobii Gaze interface utilizes eye tracking technology for pointing and the touch pad for giving commands and fine-tuning when necessary. This makes Gaze the ideal way to point on the Windows 8 start screen as well as in environments that require high precision.

Tobii Gaze is a technology that makes it possible to point and interact in ways that are superior to both touch and mouse. It has the potential to change the user interface for regular computers as fundamentally as touch has for handheld devices.

Using your hands on a touch screen-enabled laptop or desktop computer is not an ideal ergonomic solution, and your hands would also interfere with the objects you would like to click on, drag, rotate or zoom. 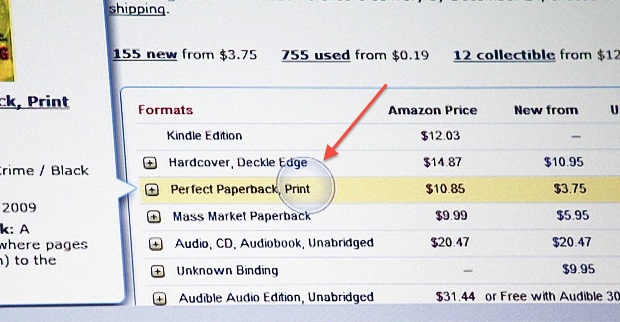 “Pointing at something by looking at it is intuitive, natural and immediate. Using a mouse to do the same thing is less so, as it involves an intermediate step of moving a mouse-pointer around,” says Henrik Eskilsson, CEO and co-founder, Tobii Technology. “Gaze is as natural and intuitive as touch, as precise as the mouse and more ergonomic and effortless than both. Once you have experienced Gaze, a laptop without it feels just as ancient as a laptop without a touch pad.”

“Laptops and tablets today are designed to feel natural either for touch or for the mouse pointer, never both. Gaze technology enables you to point in a consistent way that feels natural on all devices,” said Anders Olsson, Business Development Manager, Tobii Technology.

Henrik Eskilsson added, “In the near future, we’ll be introducing a variety of professional applications that use gaze interaction in areas such as CAD, image editing, medical imaging and more. Our focus right now is to create a thriving eco-system of application partners around these types of applications. That will help us also pave the way to make eye tracking available for mainstream consumers in just a few years.”

Availability
Tobii Gaze was demoed at CES 2012 and received numerous awards for innovation. There is no release date set, as this product awaits Windows 8 release, which is still uncertain.