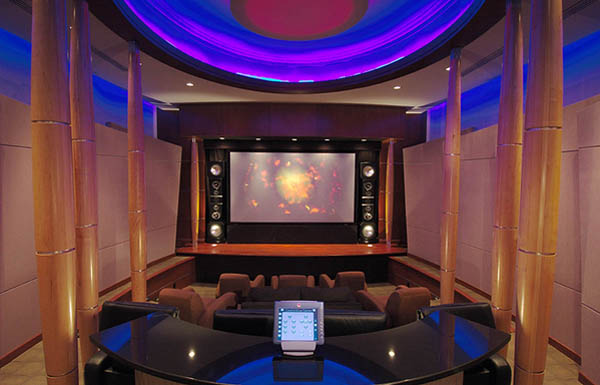 DALLAS, TEXAS: Home entertainment industry technology leader Greg Margolis, whose Dallas-based HomeTronics operation has evolved into one of the country’s top installers of home theater and media room systems, is once again ahead of the curve with his adoption of the SymNet Audio Matrix by Symetrix. Margolis recently outfitted showrooms at his Dallas and Las Vegas locations with SymNet, a modular, networkable, DSP-based audio processing, routing, and mixing system that can be configured for an unlimited range of applications.

“I like the flexibility of SymNet, and the quality of the audio that you can get from it,” comments Margolis. SymNet utilizes an eight-input by eight-output modular architecture that is configured with the SymNet Designer software package. The 40-bit floating point processing includes crossover, EQ, gates, delays, compressors, AGC levelers, and voice processors, with multi-channel routing capabilities.

Margolis, who reveals that he has already specified the system into several upcoming high-end home theater systems, installed SymNet on the advice of Johnson Knowles, resident guru at the renowned Russ Berger Design Group acoustical and architectural design and consultation firm, also in Dallas. “It was really a recommendation based on all the work and experience that they’ve had with all types of DSPs,” observes Margolis. “Symetrix is far superior to others out there.”

Knowles reports that, in addition to HomeTronics and Creative Home Theatre, California Audio Technologies is also using SymNet in many of their installed systems at his recommendation. “It’s being used for loudspeaker processing -crossover, equalization, and timing delays,” he explains.

His reason for recommending SymNet is “mostly the sonics. It’s sonically cleaner than some of the alternatives out there that are more commonly found in commercial use, where the ultimate clarity is not really necessary. Those alternative systems work great for that, but in a studio monitoring or home theater environment you can hear the weak links.”

In comparison, SymNet stands out, says Knowles, thanks to its lineage. “The same folks that developed the Lucid mastering electronics were in on it, so it has that pedigree.”

ABOUT SYMETRIX:
For more information on professional audio signal processors from Symetrix and Lucid, please phone (425) 778-7728 or refer to the Websites, www.symetrixaudio.com and www.lucidaudio.com.