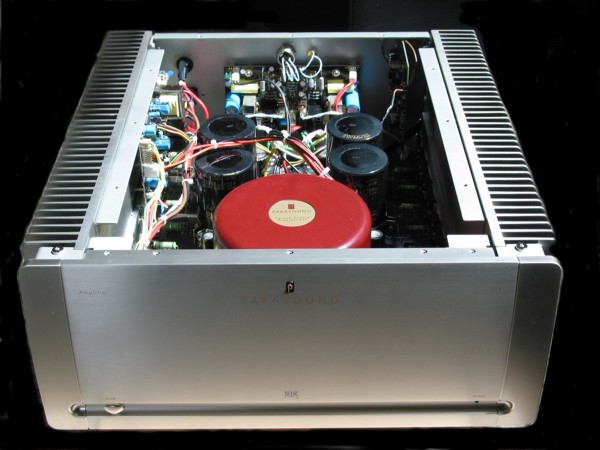 Empirical Audio is proud to announce a superb modification for the Parasound JC-1 monoblocks. These are Stereophile “A”-rated amplifiers. The designers, Bob Crump and John Curl claimed that these could not be improved upon. Well, we have proved otherwise.

The JC-1 monoblocks sound a lot better than most amps in their price range, however there is a lot more performance potential locked-up in these amps. Their primary weakness is dynamics, particularly in the high-frequencies. They also tend to be a bit muddy in both the midrange and highs due to their power delivery topology, even though they deliver the detail in spades right out of the box, or at least after a month or so of break-in. This muddiness can best be described as a bit of congestion or compression. They just do not open-up and envelope you in an unrestrained, spacious soundfield.

The Empirical Audio Turbomod removes all of these weaknesses. It transforms the JC-1’s into spectacular, breathtaking music machines. The soundstage doubles in width compared to the stock amp and the slam factor improves by an order of magnitude. The weight, authority and richness of the music is improved dramatically. There is a spaciousness of the sound field that just immerses the listener. The focus of violins, violas and cellos is razor-sharp, but with finesse and sweetness, not harshness. Transient response (slam) is improved so that percussion, such as drums, cymbols, bells and vibraphone have realistic attack, sustain and decay. The front-to-back layering is so detailed that the relative positions of different instruments can be sensed within a few feet. Most first-time listeners believe they are listening to surround-sound, when it is only 2-channel. This is the first amp to exceed the performance of our reference amp,
so this is our new reference amp.

The amplifier mods include:

Introductory pricing for the Turbomod is:
$1800.00 USD plus shipping for modding 2 monoblocks

See more details at the Component Mods page of:
http://www.empiricalaudio.com