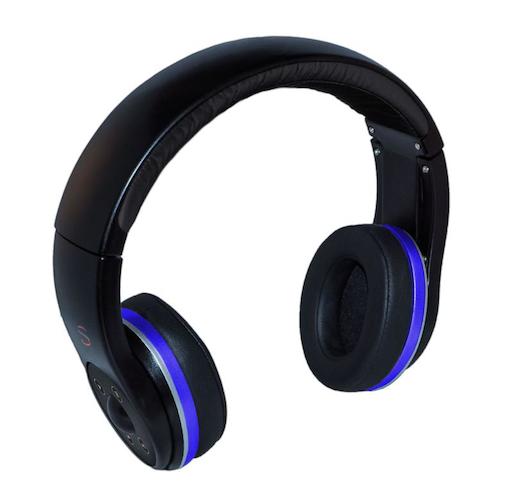 With its built-in DAC and AMP, STREAMZ delivers CD quality sound with optimum dynamic range, equalization, and amplification which results in incomparable clarity and fidelity. The two vibration speakers uniquely deliver high power and low frequency range audio that you can literally feel.

Since most phones and mobile music players have sub-par quality DACs and amps, they are unable to play true FLAC, ALAC, and WAV CD quality music without adding cumbersome external components. To address this problem, the company built the finest quality audio components inside the headphones.

STREAMZ makes listening to any source of music and audio fast and easy. STREAMZ incorporates both Smart Wi-Fi and Bluetooth interfaces that auto detect and connect to your Wi-Fi internet hotspot, a Bluetooth device such as a Smartphone, or with an optional module your Bluetooth enabled A/V receiver.

The four speakers are arranged as bi-amped, two-way speakers with two vibration speakers, and two 50mm dynamic speakers. STREAMZ has soft over the ear leather cushions with collapsible frames and are designed for active, mobile use. With its built in Android processor, Wi-Fi, Bluetooth, and storage, STREAMZ simplifies and enhances the entertainment experience when enjoying streaming or stored music, movies, games and TV shows.

Price and Availability
STREAMZ Headphones will sell for $549 and are expected to ship March 2014.