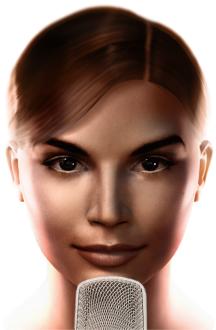 IVONA Text To Speech System, developed by IVO Software, received one of the highest scores for voice quality at the prestigious scientific event Blizzard Challenge 2007. Many of the best university centers in the world and companies involved in speech synthesis technologies took part in the Challenge.

IVONA&’s achievement this years reprises the success achieved at the Blizzard Challenge 2006, when the quality of sentences generated by the Text To Speech System developed by IVO has also received one of the highest scores among speech synthesizers presented by the other research centers and companies participating in the Challenge. This year’s third edition of the Blizzard Challenge was organized by the University of Edinburgh. The outcome was formally announced during the Blizzard Challenge Workshop in Bonn, Germany, 25th August 2007.

16 research teams from many of the world’s top university centers and R&D companies active in the speech synthesis field took part in the Blizzard Challenge 2007. The participants were given a voice recording and asked to create its synthetic equivalent. Within a month they were to develop a synthesizer speaking with the same voice as the recorded person. After creating the synthesizer the participants in the Blizzard Challenge 2007 were provided with a couple of hundreds of sentences to be read out with the synthetic voice. The text, processed and read out, was sent back to the Challenge organizers to be evaluated by experts, a group of British and American students and volunteers recruited via the Internet. All of them evaluated anonymous voices reading the same text without even knowing which of the voices was natural. After the results were summed up it turned out that IVONA gained one of the highest scores for synthetic voice. Its mean score was 3.9 points (with 5 being the highest possible score). A real person’s recording scored 4.7. Only one other synthetic voice achieved a result similar to that obtained by IVONA TTS.

The results of this year’s Blizzard Challenge show that with each passing year it is becoming more difficult to distinguish a real voice from one that has been synthetically generated. The progress in voice quality is proved e.g. by IVONA TTS. In 2006 it scored 3.6, which was the best result in the Challenge, and this year the score improved by 0.3. Virtually all the participants of the Blizzard Challenge achieved results better than last year. It confirms the rightness of the idea behind the Blizzard Challenge which was to set up a platform for sharing of experience between research centers and companies involved with speech synthesis technologies in order to provide a stimulus for an even faster development of this discipline.

Also the representatives of IVO Software stress the importance of the Blizzard Challenge for the development of their own technology. – “Taking part in the Challenge we were able to compare our system with the best speech synthesis solutions in the world. We gained the knowledge on what we should improve and in what direction we should develop IVONA TTS. Currently we have a fully-fledged system which can be easily and quickly expanded by adding other languages. Now we offer IVONA, in the form of an application named Expressivo Text Reader, to individual users throughout the world. We are also planning to introduce IVONA-based products for enterprises to the global market in the near future” – said Lukasz Osowski, the President of IVO Software.

IVO Software was established in 2001 and since then it has been involved only in creation and development of speech synthesis products. The Company conducts its own research in this field and takes advantage of the achievements of university centers from all over the world. Based on a proprietary technology IVO develops and implements software speaking with a human voice. It is used in business, rehabilitation of the blind and at home. To find out more about IVO Software visit: http://www.ivosoftware.com. To find out more about Expressivo (for individual users) visit: http://www.expressivo.com.

References
In Blizzard Challenge 2007 official results IVONA TTS is identified as a system with letter “P”. Recordings of real voice talent are identified with letter “I”.