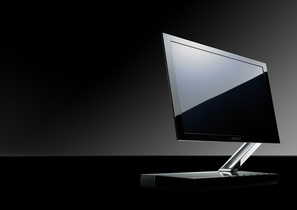 “The launch of an OLED TV is one of the most important industry landmarks,” said Randy Waynick, senior vice president of Sony Electronics’ Home Products Division. “Not only does the technology change the form factor of television, it delivers flawless picture quality that will soon become the standard against which all TVs are measured.” 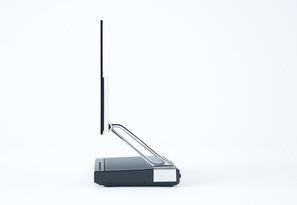 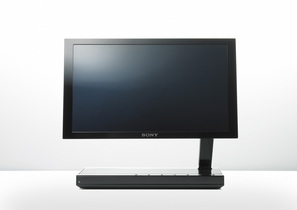 Under development for more than 10 years, Waynick said OLED displays not only offer a striking form factor, they deliver “unmatched performance” in key picture quality categories. With its light-emitting structure, OLED displays can prevent light emission when reproducing shades of black, resulting in very deep blacks and a contrast ratio of over 1,000,000:1. The lack of a backlight allows the device to control all phases of light emission from zero to peak brightness. The innovative technology delivers exceptional color expression and detail without wasting power, so it is an exceptional energy-saver.

The OLED display panel uses extremely low power levels since the light-emitting structure of the panel eliminates the need for a separate light source. As a result, OLED panels can be up to 40 percent more efficient per panel inch compared with a conventional 20-inch LCD panel. Additionally, since OLED displays create their own light, any mercury associated with traditional backlighting is eliminated.

Since OLED technology can spontaneously turn the light emitted from the organic materials layer on and off when an electric current is applied, it features rapid response times for smooth, natural reproduction of fast-moving content like sports and action scenes in movies.

The inaugural model is also DMeX compatible so consumers can add BRAVIA Internet Video Link service (as well as other modules under development). Using a broadband connection, the module streams select Internet video for no charge from content providers directly to the television without a computer. Current BRAVIA Internet Video Link content partners include CBS and FEARnet.com — which were announced today — Yahoo!, AOL, Crackle, CondeNet, Sports Illustrated, blip.tv, and Sony Pictures.

The XEL-1 OLED TV is now available for about $2,500. Initially, it will be in limited supply at Sony Style retail stores nationwide.