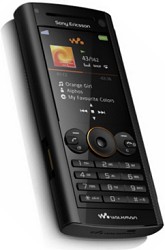 The latest and most sophisticated Walkman branded mobile phone has now been made available in the UK, the Sony Ericsson W902 is the manufacturers newest candy-bar design format handset and offers the very best in technology and features that the music inspired Walkman series has to offer.

Taking a break from the slides and flips of recent additions to the Walkman phone range, the manufacturer has decided to go back to its roots and release this simple but high specification device, the Sony W902 is designed to make life easier by giving consumers a real alternative to dragging a separate digial camera and music player along with them.

The Sony Ericsson W902 is a multimedia masterpiece, with a 5.0 megapixel camera, 3G capabilities for video calling, the latest edition of Walkman software and all this weighing in at under 100 grams it makes sense to leave other gadgets at home.

Sony Ericsson W902 Walkman is for those who want it all without compromise. The 8GB Memory Stick Micro lets users store more than 8,000 songs and switches seamlessly from music to media to experience crystal clear video capabilities. No longer do users need to make a choice between music, media and imaging when picking your next phone.

The Sony Ericsson W902 Walkman is a phone that goes beyond music and gives users everything they need in one pocket-sized stylish device. It means users can downsize their everyday luggage, free up space in their pockets and leave their music player and digital camera at home – They can now use the premium W902 phone to play their favorite tunes, snap those precious moments or watch crystal clear video on the bright, scratch-resistant 2.2″ QVGA display.

Snap stills and videos using the 5 megapixel camera then enjoy them on the the bright and clear 2.2″ display. Poor light quality is no longer an issue, simply using the photo flash produces great pictures indoors and with Activate BestPic users can capture nine pictures in quick succession with just one press of the camera button then Keep the ones they like and delete the rest.

The easy way to change tunes whilst listening to the music player is now to simply just shake the phone. With Shake control activated, press and hold the Walkman key, then flick the wrist. A vibration lets users know that the track has been changed and a new song from the current playlist is selected randomly then played automatically.

The Sony Ericsson W902 comes pre-loaded with a step counter, this easy-to-use Walk Mate application stays activated all throughout the day and keeps track of how many steps the user has walked and how many steps they have left to reach their daily average health goal.

Customers of the Sony W902 get their own personal blog site where they can add some moving pictures, shoot a video clip, and all it takes to upload it is a few clicks add to this the Walkman player that contains a direct link to an online music store where users can search, browse and audition albums and tracks and this new mobile phone proves to be a very flexible but functional multimedia device.

The Sony Ericsson W902 was originally launched on O2 and now Orange, there are also further UK network rollouts expected for this new phone aswell as a SIM free release and pay as you go debut in the near future.