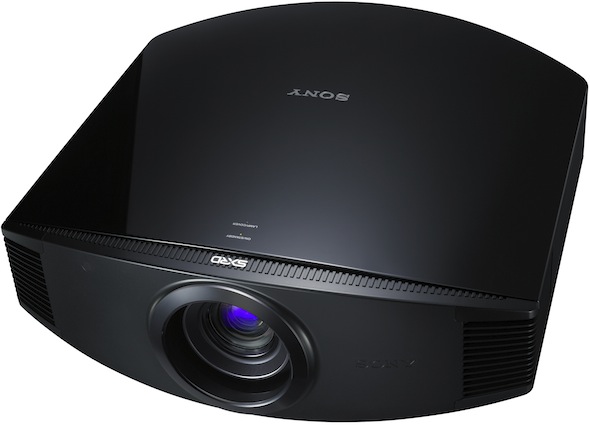 Designed with the custom and specialty consumer electronics market in mind, the VPL-VW90ES is engineered to seamlessly integrate third-party control systems. Sony has worked closely with major custom home theater control companies ensuring that drivers are available and accurate. The VPL-VW90ES is no different as it joins an elite list of Sony products that integrate easily with leading home automation systems including Control4, Crestron, AMX®, Savant, Ultimate Remote Control, RTI, Vantage, and others. The projector is also Control4 Certified and includes an AMX Device Discovery Beacon.

The projector does not require a special screen so it can be easily placed in existing home theaters with minimal revision to the set up making it ideal for retrofit projects. It includes two pairs of Sony active shutter 3D glasses that are also compatible with Sony's 3D capable BRAVIA HDTVs.

The VPL-VW90ES SXRD 3D front projector will be available in November for about $10,000.