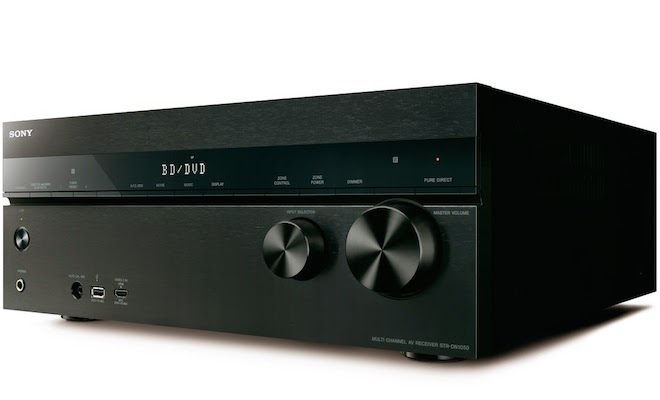 Sony just released four budget-price A/V receivers which are priced from $279 to $599. The top top three models offer 7.2-channel surround sound, while the least expensive offers 5.2-channels. Sony claims each receiver’s amplifiers are capable of 145-watts (@ 6 ohms) or greater per channel depending on the model.

STR-DN1050 and STR-DN850
The STR-DN1050 and STR-DN850 A/V receivers offer built-in Wi-Fi, AirPlay and Bluetooth with Near Field Communication (NFC) One Touch Listening. They also support a wide range of standard and Hi-res file formats, plus built-in music services including Music Unlimited, Pandora, Spotify, and TuneIn. The STR-DN-1050 supports up to Direct Stream Digital (DSD) while the STR-DN850 supports up to 192/24 WAV.FLAC. In addition, the DN1050 and DN850 provide class-leading sound quality and include a more stable and optimized chassis, a high capacity transformer and large capacitors. 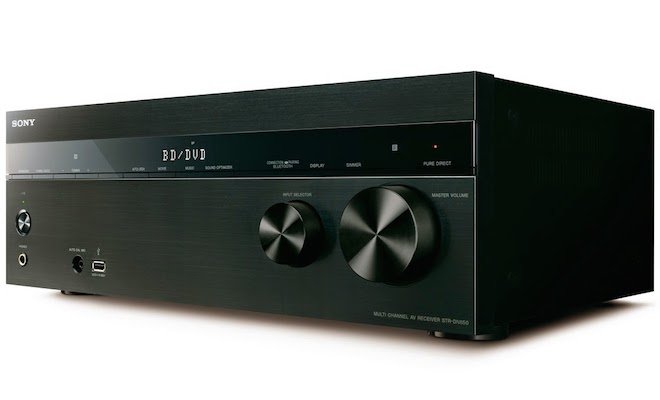 Both models also come with a simplified remote which eliminates unnecessary buttons, along with an intuitive on-screen graphical user interface that makes the receivers easy to set up and operate. Consumers can also control all of the receivers’ basic and advanced functions using Sony’s iOS and Android compatible SongPal app, which will be available in May.

In addition, the STR-DN1050 and STR-DN850 offer 4K upscaling and pass-thru, along with a variety of connectivity options. The DN1050 has six HD inputs, three HDMI outputs (with one HDMI dedicated to the second zone), and a USB input for iPod/iPhone or Hi-Res file playback. Two HDMI inputs can also support MHL devices. The DN850 has five HDMI inputs, a USB input for Hi-Res files and iPod/iPhone; plus a front panel HDMI input for MHL capable devices. Both models also decode the latest Blu-ray Disc audio formats, including Dolby TrueHD and DTS Master Audio.

The STR-DN1050 and DN850 are both 7.2 channel receivers, with the DN1050 delivering 165 watts per channel, and the DN850 providing 150 watts. The STR-DN1050 also features a powered 2nd zone, complete with dedicated HDMI output, IR repeaters and both amplified and line-level audio connectivity. All of the audio and video sources connected to the DN1050 can even be independently accessed from the second zone, including digital streaming services and music streamed over Bluetooth.

STR-DH750
The 7.2 channel STR-DH750 delivers 145 watts per channel. And with 4 HDMI inputs, iPod/iPhone playback via USB; Bluetooth with NFC capability and superior audio technology (including 4K and 3D pass-through), it will enhance any home entertainment experience.

STR-DH550
Additionally, the 5.2 channel STR-DH550 offers 145 watts per channel. Its on-screen user interface is simple to set up and control and makes it easy to connect and charge compatible Android and iOS devices, digital music players and USB thumb drives. Both receivers are also compatible with Sony’s new SongPal app.