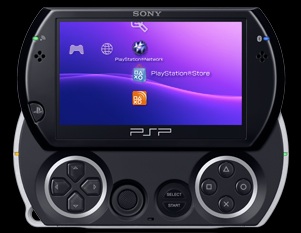 Sony Computer Entertainment Europe (SCEE) and Sony Computer Entertainment America (SCEA) today announced the imminent arrival of “minis”: a new section on PlayStationStore that offers a range of all-new downloadable games for PSP (PlayStationPortable). Available exclusively via digital distribution, “minis” will have a 100MB size limit, ensuring they are quick and easy to download to either the upcoming PSPgo or to the more than 52 million units of PSP that exist worldwide, offering innovative entertainment at your fingertips.

The new “minis” section will be available on PlayStation Store on 1st October in Europe/ PAL territories and in North America, to coincide with the launch of PSPgo, offering more choice, more ways to play and more innovative experiences to immerse yourself in wherever you are. Fifteen games will be available initially, across a wide variety of genres including arcade-style games, racers, parlor games – and a few that defy categorization! – with more than 50 games on offer by the end of the year in Europe and the PAL territories.

The “minis” development process has been designed to open the door to a broad range of developers to encourage new talent and creative ideas to PSP. “minis” are being developed by some of the most creative studios from across the globe from GameShastra, a medium-sized development team based in India, to HoneySlug a three-man team in Camden, London. Some developers, such as Creat, have already created content for PlayStation Network; others, such as Subatomic Studios are bringing their experience in the mobile phone market to PSP.

The minis initiative is also supported by traditional game publishers, with industry leader Electronic Arts Inc. developing a number of games for the programme including Tetris and Sudoku, with other titles to follow before the end of the year.

“We are very excited to offer so much new content for PSP this year, particularly in this bite-sized form,” said Zeno Colaco, Vice President, Publisher and Developer Relations, SCEE. “In opening the door to developers everywhere, we are broadening the type of content available to PSP owners, and opening up a world of possibilities to enhance the PSP gaming experience.”

“‘minis’ is yet another part of our concerted effort to expand content options on PlayStation Store as the demand for digital content will increase with the launch of PSPgo,” said Eric Lempel, Director of PlayStation Network and Strategic Planning, SCEA. “minis will give developers the opportunity to create and share a variety of new and original content that in some cases, are only available on PSP.”

Arriving on 1st October, “minis” – along with the new PlayStationNetwork video delivery service, Digital Comics, and features such as Skype, photos, music, movies and the best handheld games out there – are another reason to take PSP with you wherever you go.

About Sony Computer Entertainment Europe Ltd
Sony Computer Entertainment Europe (SCEE), based in London, is responsible for the distribution, marketing and sales of PlayStation3, PlayStation2, PSP (PlayStationPortable) and PlayStationNetwork software and hardware in 99 territories across Europe, the Middle East, Africa and Oceania. SCEE also develops, publishes, markets and distributes entertainment software for these formats, and manages the third party licensing programs for the formats in these territories. Since the launch of PlayStation 3 in November 2006, over 23.7 million units have been sold globally and continue to be sold at a record level. Maintaining its position as one of the most successful consumer electronic products in history, PlayStation 2 has sold over 138.8 million systems worldwide. Since its launch at the end of 2004, over 52.9 million PSPs have been sold globally, highlighting the importance of the portable entertainment market. With the huge increase in interest and accessibility of network applications and network gaming, over 27 million accounts have registered to PlayStation Network, the free-to-access interactive environment, and over 560 million items have been downloaded.