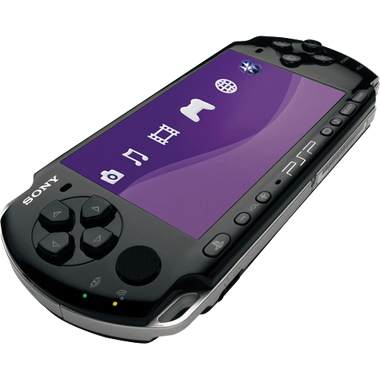 As the first handheld platform from the PlayStation family, PSP made its debut in December 2004 in Japan, March 2005 in North America, May 2005 in Asian countries and regions, and September 2005 in Europe/PAL territories. Bringing the innovative entertainment world of PlayStation and PlayStation2 on the go, PSP introduced the latest advancement in technology for building handheld devices, including a 4.3 inch wide high resolution LCD screen, the largest of its kind for a portable device. PSP opened up an entirely new gaming market by offering the fun of playing full-scale 3D-CG games as well as viewing high resolution video images anytime, anywhere, and also by offering users new ways of enjoying digital entertainment, including playing games on-line with family and friends via a wireless LAN feature.

PSP keeps evolving as an innovative handheld entertainment system, offering a wide array of exciting software titles and introducing fun peripherals as well as upgrading features through regular system software updates. Inheriting the basic functions and the design philosophy of PSP-1000, slim and light PSP (PSP-2000) was launched in September 2007, introducing new features such as “Skype” and expanding the joy of PSP from the entertainment arena into the area of communication. In October 2008, SCE introduced PSP-3000 to the world, featuring an advanced high contrast LCD and a built-in microphone, while maintaining the form factors of PSP-2000. Gaining even greater support from a wide range of users worldwide, the world of PSP continues to grow.

On the games front, more than 2,000 titles on UMD are available worldwide, with cumulative software sell-in units reaching 200 million to date2. In addition to packaged games, taking advantage of PSP’s network capability, many network games have become available for download initially via PLAYSTATION3 or PC. More and more games are being made available for download since it was made possible in fall 2008 for PSP users to access PlayStationStore directly via wireless Internet. Currently, a total of over 500 titles from PlayStationNetwork exclusive games, “Game Archive” titles featuring the original PlayStation games, and downloadable version of UMD titles are available for download3. Many more exciting new software titles in a variety of genres are planned continually for release from third party developers and publishers as well as from SCE Worldwide Studios. Also with a steady increase in the number of registered PlayStation Network accounts, SCE will continue to further enhance network services for both game and non-game entertainment content.

SCE will vigorously promote the expansion of the PSP platform and offer a variety of interactive digital entertainment.