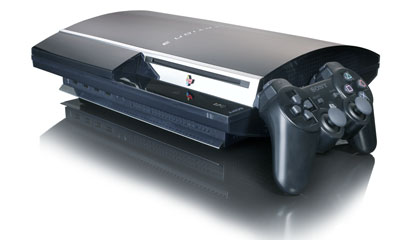 By featuring an expanded hard disk drive (HDD), the new 80GB PS3 is designed to appeal to the online gaming and entertainment enthusiast, providing ample storage space to download more games and other entertainment content from PLAYSTATIONNetwork. There are currently more than 60 playable games and game-related downloads available through PLAYSTATIONStore, with expanded entertainment content coming soon. The new model features the million-selling game MotorStorm in the box, allowing up to 12 players to play online at one time, hitting the dirt in this visually-arresting, fast-paced racing title.

Additional games and services will also be available for PS3 system owners through the PLAYSTATION Network including PlayStation Home, a state-of-the-art 3D online community that serves as a meeting place for PS3 users around the world, as well as numerous downloadable games including the highly-anticipated title PAIN.

“As we move into the next phase of PS3, its important that we continue to evaluate our product line, offering consumers the technology and features that meet their growing needs for new forms of media and the way in which it is delivered,” said Jack Tretton, President and CEO of SCEA. “The introduction of the 80GB PS3, the new pricing for the current 60GB model, the availability of more than 100 new software titles this fiscal year and, finally, the expansion of services for PLAYSTATION Network, will provide even more options for users and will help bring new consumers into the PS3 fold.”