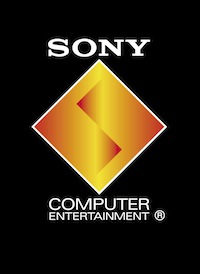 Sony Computer Entertainment Inc. (SCE) today announced that it will offer PlayStationPlus, a new subscription service package on PlayStationNetwork. In addition to the current free to use existing features and services, PlayStation Plus brings value-added offerings including exclusive services and content on June 29, 2010, worldwide. PlayStation Plus will further enhance PlayStation Network, which has recently achieved a cumulative number of registered accounts of over 50 million globally.

By accessing PlayStationStore via PlayStation3 (PS3), PlayStation Network users will be able to purchase membership1 to PlayStation Plus, providing members with new options to expand and enhance their gaming experience and enabling them to gain an exclusive set of features and content. For users’ convenience, PlayStation Plus will be available in different subscription options of 30 days (Japan: 500 yen, Asia: HK$38), 90 days (North America: $17.99, Europe: euro 14.99) and 365 days (Japan: 5,000 yen, Asia: HK$233, North America: $49.99, Europe: euro 49.99).

PlayStation Plus features include2:

PlayStation Plus provides gamers with more value, access and convenience by offering subscribers features such as frequent discounts on PlayStation Store content, free and exclusive access to select games, full game trials, early invitations to select betas of popular games, and new functionality such as content downloads and updates which will automatically be “pushed” to the PS3 system even when consumers are not using their system.

While all PlayStation Network users will continue to have free access to its expanding game and non-game content and service offerings for the PS3 and PSP systems — just as they do today — PlayStation Plus members will gain access to an exclusive set of features and functionalities designed specifically for gamers. PlayStation Plus members will have free access to titles including WipEout HD, Minis and PS one Classics such as Fieldrunners, Age of Zombies and Rally Cross, a full game trial of inFAMOUS, and discounts on downloadable content such as Fat Princess. Additionally, members will always have access to their virtual library of free games for as long as they keep their PlayStation Plus membership. PlayStation Plus will be available on June 29, 2010 for a 365-day package at $49.99. SCEA is also running a “limited time offer” giving subscribers 3 free bonus months for signing up for a 365-day subscription. Consumers also have the option to subscribe for 90-days for $17.99.

1 PlayStation users can purchase PlayStation Plus membership through PlayStation Store on PS3 only. Users need to install PS3 system software version 3.40, which will be released on June 22nd, to enjoy PlayStation Plus.
2 Content will vary by region.
3 Expiration date will vary by content.
4 Users will continue to enjoy games with previously saved data. Any trophies earned during the trial will also be unlocked.
5 “minis” are not available in Japan.
6 As the install requires users agreement, it will not be installed automatically.