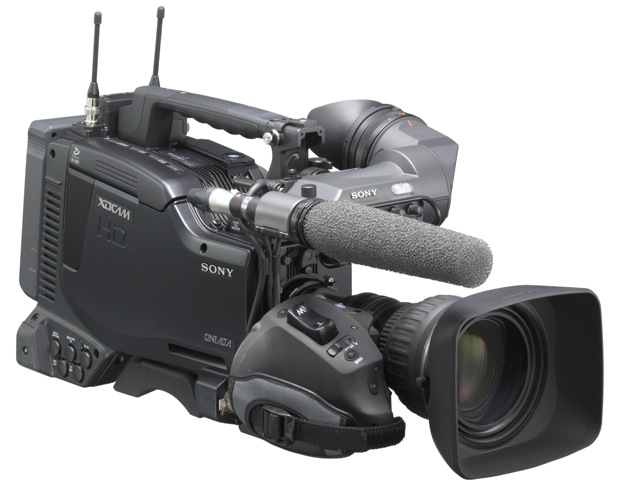 New Features Include Under- and Over-Cranking, 24P Capability, Standard-definition Recording and Linear Editing

The new PDW-F800 CineAlta camcorder and PDW-F1600 deck expand the capabilities of the MPEG HD422 codec, with both offering a frame rate of 23.98P natively in 1080 mode and multi-format recording flexibility as standard — including standard-definition recording to support legacy formats (MPEG IMX, DVCAM™ and 4:2:0 HD content). They also provide multi-format (1080i/720P) recording, as well as HD/SD conversion and cross-conversion during playback between 1080i and 720P.

The PDW-F800 adds variable frame rate recording for slow and quick motion capabilities, also commonly known as “over-cranking” and “under-cranking.” This is a critical feature for cinematographers and directors of photography who need the flexibility of changing frame rates to create unique “looks” for their productions or to create special effects. The ability to shoot at slower or faster frame rates than playback delivers high-quality motion effects. These effects can be played back and viewed in the camera so any creative adjustments can be made immediately on site.

An image inverter feature enables the camera to be used with cinema lens adaptors, and a variety of gamma settings includes HyperGamma and user-selectable gamma curves. A focus assist bar-graph display is visible on the camera’s viewfinder, and users can record proxy data to USB removable media to make transferring data easier and faster, especially in the field or on location between the camera and a PC or editing system, for example. 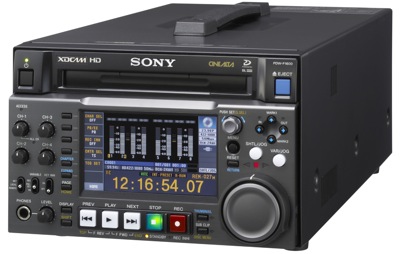 The PDW-F1600 XDCAM HD422 recording deck builds upon the features of the PDW-HD1500 model and can be used for file-based recording in studio and field operations. A Gigabit Ethernet data drive can write any flash memory file format from any codec onto the optical disc media, and files can then be previewed using a web browser, transferred over IT networks and easily archived and accessed by multiple people simultaneously.

The new deck adds an insert/assemble editing capability that allows it to operate as a recorder in a linear editing system — just like a conventional VTR.

It delivers high-quality, industry-leading eight-channel, 24-bit audio recording, and has a dual optical pick-up for higher-speed file transfer. A 4.3-inch (viewable area measured diagonally) color LCD display and built-in speakers are incorporated, and the unit can be battery-operated or used with AC and DC power sources.