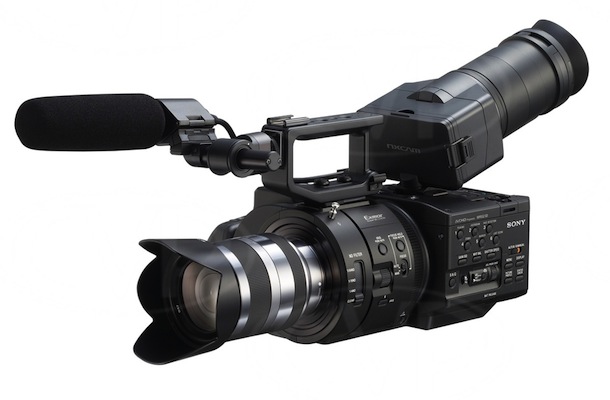 The NEX-FS700 will support a direct connection to Convergent Design’s new Odyssey7Q. The combination will allow recording of 2K RAW at up to 240 frames per second, with 4K video enabled via a single 3G connection. The 240 content fps is recording continuously, without windowing the imager or line doubling the signal. This assures full resolution at all times without windowing artifacts. 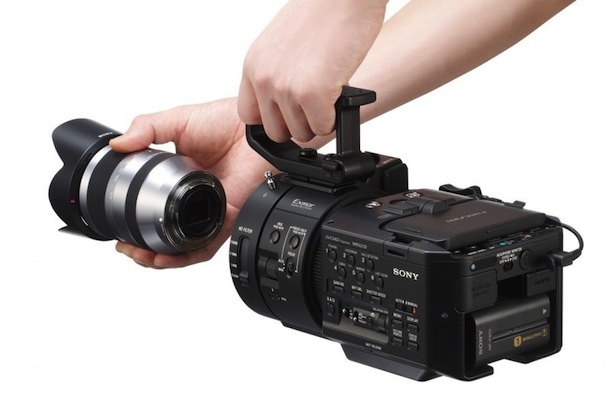 “The addition of RAW and 4K recording unleashes the full power of the FS700’s state of the art 4K imager, vastly increasing the potential applications for the camcorder and resulting in tremendous flexibility in post-production,” said Peter Crithary, marketing manager for large sensor technology at Sony Electronics. “Now, interoperability with the exciting Odyssey 7Q in addition to our own recording technology gives users a wide range of cost effective choices when working with diverse workflows.”

The Odyssey7Q is a 7.7-inch OLED monitor that can be upgraded to become a professional multi-stream (4-channel) recorder. It can record 4K and also output to true 4K monitors, via four separate HD-SDI single-link outputs. It can support high frame rates, up to 120 fps in both compressed codecs and full uncompressed. The Odyssey7Q will also support recording, with an extra cost feature, up to 240 fps, in specific modes, such as HD or 2K.

“We are very excited to collaborate with Sony,” said Mike Schell, President of Convergent Design. “Together we can now offer 2K HFR RAW and 4K recording at a very affordable price.”

The Sony HXR-IFR5 interface unit has a 3G HD-SDI input and will transfer the 2K and 4K RAW data for recording onto Sony’s new Access Memory Card technology, using the AXS-R5 Recorder. After recording the 2K and 4K RAW data onto the Access Memory Card, the workflow is the same as Sony’s CineAlta 4K cameras, the PMW-F5 and PMW-F55 when using the R5 for RAW recording. This gives users the unique opportunity to combine camera solutions in production for multi-camera scenarios with the advantage of a unified 2K and 4K RAW workflow.