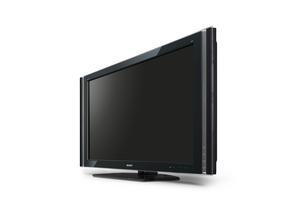 The new models expand the BRAVIA LCD line up to 30 models ranging in screen size from 19- to 70- inches measured diagonally.

“Critics consistently praise BRAVIA as the best HDTVs on the market, and the XBR badge indicates the best of the best,” said Jeff Goldstein, vice president of marketing for Sony Electronics’ television marketing group. “Consumers can now experience the quality of BRAVIA from small-sized models all the way up through our premium big screen XBR series.”

Sony’s Motionflow technology allows you to enjoy movies and prime-time TV (film-based content) with exceptional clarity and resolution in motion. The Motionflow algorithm identifies film content and removes “judder” resulting in a clearer picture with smoother motion during sweeping pans without a visible jerking or stuttering. Additionally, Motionflow 120Hz technology creates 60 unique frames between each of the existing 60 frames, doubling the frames displayed per second, further improving images for fast action sports and other programming.

Rounding out the picture enhancement suite in the XBR8 is x.v.Color compatibility. This technology expands the potential color data range of video by about 1.8 times, resulting in the display of more natural and vivid colors similar to what the human eye can actually see. This complements Sony’s HD camcorder models and Blu-ray Disc players, which capture and display color range beyond what broadcasters currently deliver. 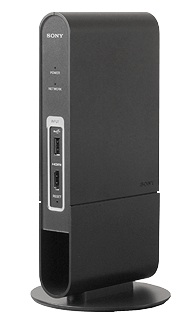 The BRAVIA Internet Video Link module attaches to the back of a selection of the Sony’s 2007 and 2008 BRAVIA LCD flat-panel television models. The service seamlessly streams on-demand entertainment including movies, TV programs, your favorite YouTube videos and a variety of other content not found on network or cable/satellite TV. The service connects to the Internet via your existing broadband Ethernet connection and streams content at no additional charge. Content is easily navigated with Sony’s Technical Emmy award-winning Xross Media Bar (XMB)™ user interface.

Rounding out the feature set is Digital Media Port (DMP) compatibility, which provides access to video and music from portable media devices like compatible Walkman and iPod players and other DMP accessories, which are sold separately. The models also can display digital photos using creative multi-plane 3D graphics slideshows from USB devices, as well as access photos from your PC in another room using Digital Living Network Alliance (DLNA) compliant devices via your home network.

Sony’s new 3D Favorites Menu complement the XMB graphical user interface, which has been also been enhanced with Sony-unique integration of TV Guide providing easy access and navigation of content and menus through colorful thumbnails and logically placed icons. 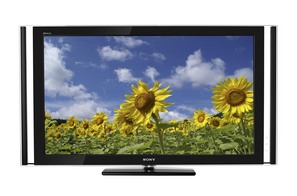 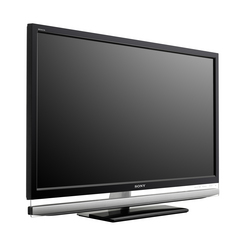 All of the new XBR series models also offer the option of additional speaker grille color accents including silver, red, brown and gold. The optional color grilles can be purchased separately. XBR8 and XBR7 models ship with a black grille cover and the XBR6 ships with a silver grille cover. Additional grille covers are sold separately.

All of the new BRAVIA models ship this fall and further details are available at http://www.sony.com/2008xbr. They will be offered at sonystyle.com and at Sony Style retail stores nationwide, as well as at authorized Sony dealers across the country.