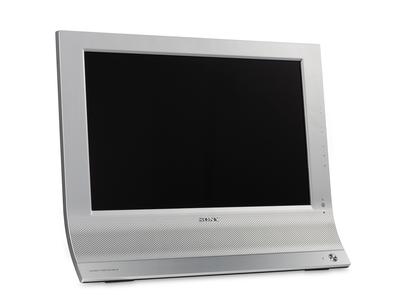 Sony electronics today introduced a 20-inch PC/TV display that integrates computing and home entertainment applications, creating an all-in-one solution for viewing a variety of multimedia content – from a PC and a TV – on one high-definition widescreen display.

With a 16:9 aspect ratio and 1680 x 1050 screen resolution, the new MFM-HT205 model follows the prior release of the 17-inch MFM-HT75 and 19-inch MFM-HT95 PC/TV displays. All HT-series LCD PC/TV displays include built-in NTSC television tuners and feature the ability to watch TV or DVDs in full widescreen mode, picture-in-picture or picture-and-picture formats while multitasking with desktop PC applications.

The MFM-HT205 display also features Sony’s wall-mountable “Rising Design.” It is equipped with a variety of connectivity options, including S-video, component, composite, HD-15 and DVI-HDCP inputs.

The HT205 display will be available in April for about $900 online at SonyStyle.com, at Sony StyleA retail stores (www.sonystyle.com/retail), and at authorized dealers nationwide.