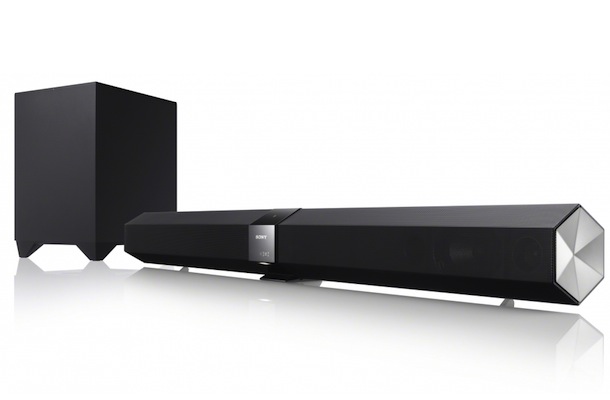 Sony today announced the HT-CT660 Sound Bar, a 330 Watt, 2-way, 4-driver mica reinforced speaker system with wireless subwoofer, that offers up convenience, big sound and minimal distortion. The three HDMI inputs allow easy connection to up to three devices, such as gaming consoles, Blu-ray Disc players and cable or satellite boxes, while delivering superior high-definition picture and sound quality. Movies are presented as directors intended, with Dolby TrueHD and dts HD Master Audio modes the reproduce high definition sound for uncompromised quality. Since the subwoofer is wireless, it can be placed anywhere in the room.

Adding to the soundbar’s arsenal, Sony’s S-Force PRO Front Surround 3D technology synchronizes sounds to match the motion and depth of images on screen so viewers enjoy a fully immersive, simulated 3D surround experience without the bother and clutter of surround sound speakers.

Connecting the HT-CT660 soundbar with mobile devices such as phones and tablets to stream music is as simple as one touch of any Near-Field Communication (NFC) or Bluetooth enabled device. And with Bluetooth standby mode, you can start streaming and enjoying music without having to turn on any additional components.