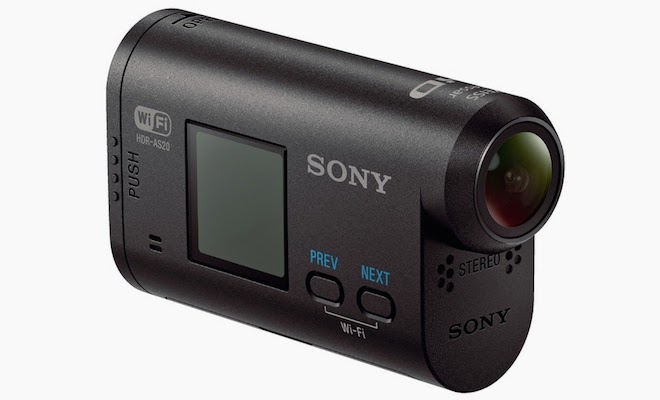 Sony just announced the $200 HDR-AS20 Action Cam for the U.S. market, which is less expensive than the current HDR-AS100V and HDR-AS30V POV cameras. The new AS20 model includes Sony’s unique SteadyShot electronic image stabilization, which works seamlessly to control camera shake and vibration, ensuring that all footage from the bike trail or ski slopes is smooth, crisp and free of the bumps or jolts that often experienced during POV video shooting.

The new AS20 camera also features a high-quality ZEISS Tessar lens with a huge 170° field of view for the ultimate wide angle experience. A built-in stereo microphone delivers outstanding sound quality, adding an extra dimension of realism to those everyday adventures.

The camera is equipped with a back-illuminated Exmor R CMOS sensor that produces exceptional Full HD video and still photos, especially at dusk and other low-light situations where other cameras typically struggle. It also features high bit-rate recording at up to 28Mbps, which ensures crisply-detailed footage in all types of shooting environments, including those with lots of camera or subject motion. 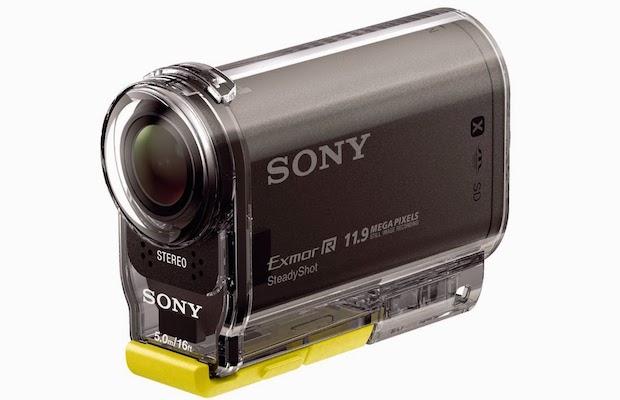 The AS20 model has built-in Wi-Fi functionality, allowing it to connect to the wearable RM-LVR1 Live-View remote. Available as an optional accessory, the waterproof RM-LVR1 accessory displays a live image preview on its LCD screen, makes it easy to frame and record shots in tough conditions. The remote can also control up to five cameras simultaneously, making multi-camera shoots a breeze. Wi-Fi also enables the Action Cam AS20 to link up to compatible smartphones and tablets (iOS and Android devices) for easy content transfer and sharing.

Pricing and Availability
The Sony HDR-AS20 Action Cam is estimated to start shipping September 8, 2014 for $199.99.