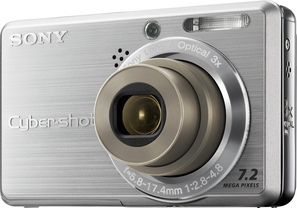 Sony has enhanced the features and updated the design of its new Cyber-shot DSC-S750 and DSC-S780 digital still camera models.

Both of the new entry-level digital still cameras feature Sony’s face detection technology, which identifies up to three faces in the camera’s LCD frame and automatically adjusts focus and exposure for well-exposed, natural-looking photos.

Sony has also upgraded the two models’ power source to Lithium Ion batteries, instead of AA batteries, to extend battery life and allow for a body design that is just 1-inch slim. The DSC-S780 and DSC-S750 cameras can capture up to 270 and 280 shots on a single full charge, respectively. 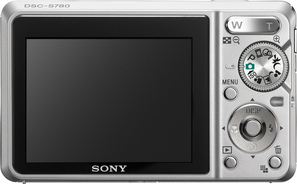 Higher sensitivity settings up to IS01250 have been added to both models to help reduce the risk of blurry photos when shooting in low-light conditions.

The cameras’ five-point autofocus system helps take the guesswork out of picture taking by intelligently selecting the best focus for the subject. This helps to ensure that the subject is in focus, even if they are not in the center of the frame.

The cameras are equipped with 22MB of internal memory so you can start shooting as soon as the camera is out of the box. Their capacities can be expanded easily with an optional Memory Stick Duo™ or Memory Stick PRO Duo™ media card, now available in capacities up to 16 gigabytes.

Price and Availability
Available in classic silver, the DSC-S750 model ships in March for about $150, and the DSC-S780 will be available in April for about $180. Options will include travel chargers, batteries, carrying cases, sports packs and other accessories, all sold separately.

The models can be purchased online at sonystyle.com, at Sony Style retail stores (www.sonystyle.com/retail ), at military base exchanges, and at authorized dealers nationwide. Pre-orders begin on Jan. 31 at www.sonystyle.com. 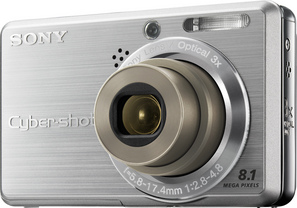