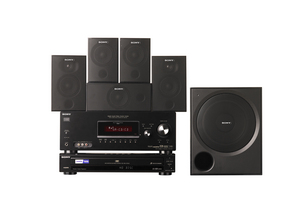 Three of the new systems are component-based, high-definition capable systems, which are designed for consumers looking to upgrade or purchase their first home theater.

Sony is also introducing a system integrated in a TV stand with a 5.1 channel speaker system and 1080p compatibility. All you have to do is add a 1080p-capable BRAVIA™ LCD TV for a full multi-channel, home theater experience.

The systems feature BRAVIA™ Theater Sync, which helps integrate the operation of the system with a compatible BRAVIA television sending control signals over HDMI. With the touch of a button, users can automatically turn on and switch inputs, syncing connected devices making operation easier.

Also included is Sony’s new Digital Media Port. This enables the addition of music options with wireless Bluetooth devices, WiFi-enabled PCs and portable digital music players, including select Network Walkman™ players, with a simple connection through an optional accessory. Once connected the device is powered and controlled by the system.

Additionally, Digital Cinema Auto Calibration (DCAC) is included, simplifying multi-channel surround sound setup with the use of an included microphone for a balanced home theater experience.

The DAV-HDX500 system is also XM Connect and Play™ ready with Neural Surround and offers height adjustable floor standing speakers designed to match the style and height of BRAVIA televisions. Optical and coaxial inputs are included for connectivity to digital audio sources. The XM Connect and Play feature requires a separate subscription and antenna for satellite radio service.

The new HT-7100DH, HT-DDW990 and HT-DDW790 pre-packaged component home theater systems offer the versatility and performance of separate components with the convenience of having a receiver and speakers in one package.

They come complete with five satellite speakers and an 8-inch subwoofer. The models also offer a portable audio input and DCAC technology (microphone included) to automatically calibrate the speakers to the listening environment.

Both the HT-7100DH and HT-DDW990 systems have 900 watts of system power (1kHz, < 10% THD), two HDMI inputs (pass-through) and Sony's Digital Media Port. In addition, the HT-7100DH package provides a 5-disc DVD/CD changer with HDMI connectivity and is XM Connect and Play ready.

As an alternative to a traditional A/V receiver and home theater speakers, Sony has created the RHT-G800 home theater system integrated into a television stand.

This system is lavishly equipped with dual 1080p capable HDMI inputs and one output. Its all-digital path from source to display handles full HD resolution and up to six channels of uncompressed Linear PCM audio, providing support for 1080p-capable televisions and Blu-ray Disc™ players.

Also debuting are four accessories for the Digital Media Port, including a Bluetooth audio adapter to accept audio from enabled devices, a wireless network audio adapter for wireless streaming of music from a PC, and cradles for select Network Walkman and iPod digital music players. 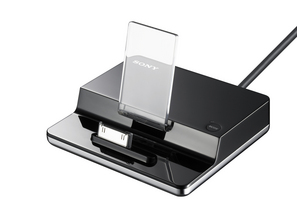 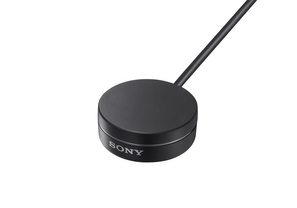 The cradle supports the system’s audio and video playback capabilities with on-screen navigation.

The home theater systems and accessories will be available direct from Sony at sonystyle.com at Sony Style retail stores nationwide, as well as and at authorized dealers throughout the country.