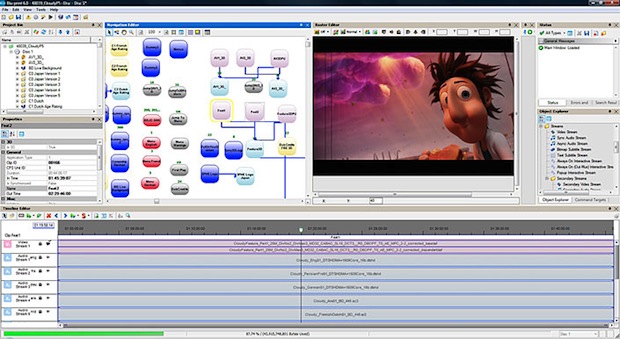 The all-new Z Depth subtitle offset editing application acts as an extension of Vegas™ Pro 9 software to enable 3D authoring companies to easily create required disparity metadata files for positioning of subtitles and menus in a Blu-ray 3D production. New to Blu-ray 3D production, the Z Depth application will enable Blu-ray 3D authoring facilities and subtitle creation companies to produce accurate subtitling in the 3D space that will allow for the most comfortable viewing experience.

Sony Pictures Digital Authoring Center used Blu-print 6 and the new Z Depth application for the Blu-ray 3D production of Cloudy with a Chance of Meatballs, the first Sony Pictures title to be released on Blu-ray 3D™.